Presidency of the Committee of Ministers Strasbourg 12 July 2022 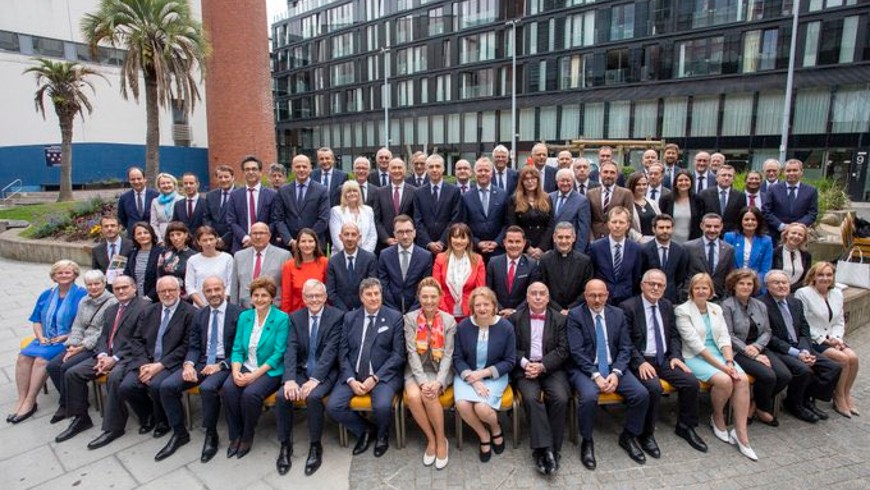 The Council of Europe Development Bank (CEB) held its annual Joint Meeting on 8 July in Dublin, co-hosted by the Irish Department of Finance and Department of Foreign Affairs. At the Joint Meeting the CEB approved Ukraine’s accession to the Bank at zero cost to Ukraine, and approved five new loans worth €465 million. The loans were granted to projects in Germany, Lithuania, Spain and Ireland. The meeting also involved a visit to a social housing project funded by the CEB on 9 July.

Minister Donohoe announced, on behalf of the Government of Ireland, a €1 million contribution to a specially established Ukraine Donor Fund at the CEB, initiated by Ireland. The fund will be used to support the immediate needs of displaced Ukrainian citizens impacted by the Russian invasion of the country. In the future, it will support the reconstruction of Ukraine.