Joint statement by Secretary General Thorbjørn Jagland, President of the Parliamentary Assembly Liliane Maury Pasquier and Chairman of the Committee of Ministers Timo Soini
Council of Europe Strasbourg 3 May 2019 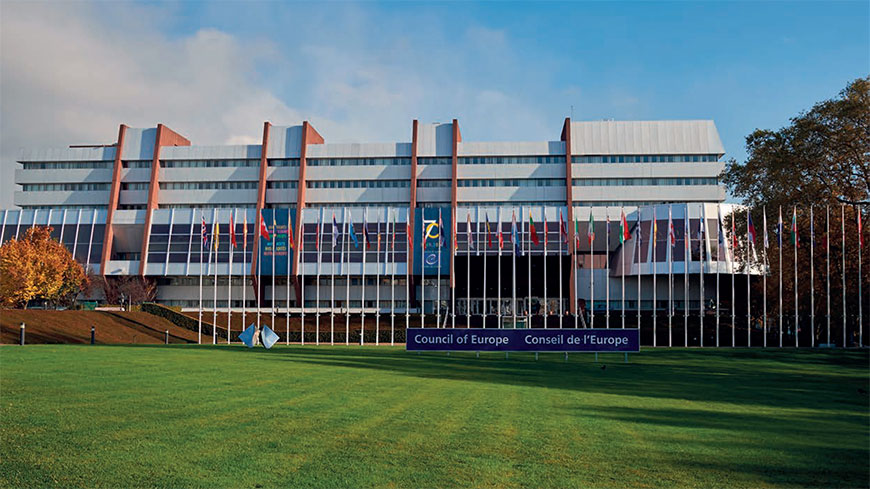 70 years after its foundation, the Council of Europe is our continent’s leading human rights organisation.  47 member States have come together to agree common standards on human rights, democracy and the rule of law. All 830 million people living in this common legal space have an ultimate right of appeal to the European Court of Human Rights.  This is unprecedented in European history, and an achievement that we should celebrate.

The European Convention on Human Rights and the European Social Charter are the living roots from which our Organisation grows. Over the years the Council of Europe has drawn on these rights, applying them to specific issues and providing additional protection for individuals.  This has involved the provision of new legal instruments, based on commonly agreed standards.  In this way we have acted to protect national minorities and regional and minority languages and to combat the sexual exploitation and abuse of children and violence against women and domestic violence.  We have taken measures to prevent torture and inhuman or degrading treatment or punishment, to tackle trafficking in human beings and human organs and to stop the abuse of personal data and acts of cybercrime.  We have also been active in ensuring the safety and integrity of sports, the accessibility of European culture, and education that promotes equality, inclusion and democratic citizenship.

In the modern world, challenges keep coming. Today, these include the management of the Artificial Intelligence revolution, the scourge of modern slavery, and growing inequality in many of our societies.  In the years ahead, as yet unimagined problems will emerge too.  A strong Council of Europe, with its Committee of Ministers and Parliamentary Assembly, will draw on the capacity of our Convention system – and the will of our member States – to provide the multilateral solutions from which citizens across the continent will benefit. 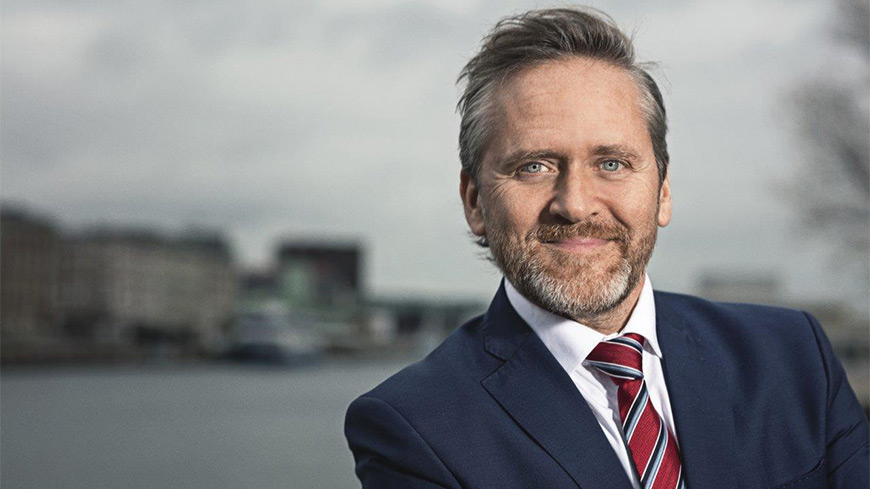 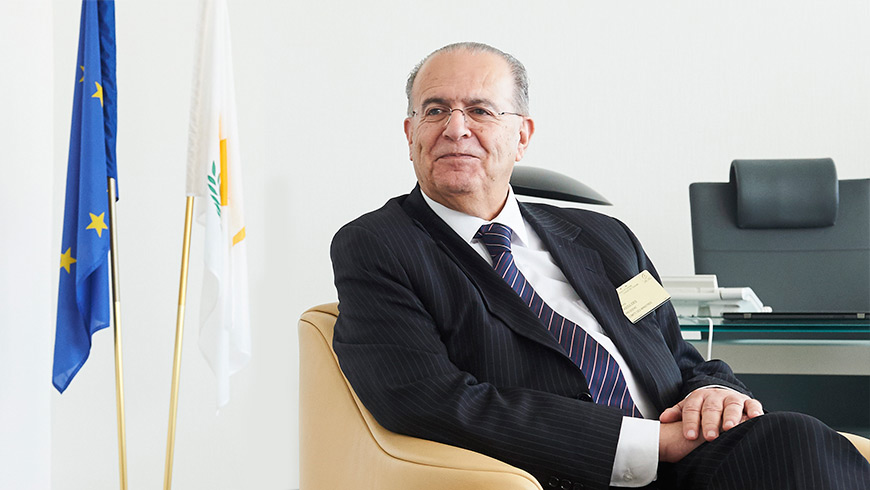 Celebrate the Council of Europe Day alongside Bulgaria 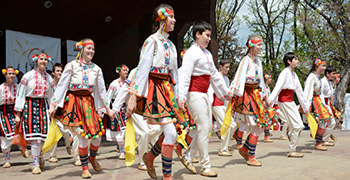 Dance throughout Europe with Bulgaria: an outdoor performance of traditional Bulgarian dancing
Performances at 12 noon at Lieu d’Europe (8 rue Boecklin) and at 4 pm at the Place de la Cathédrale

Council of Europe Strasbourg 7 May 2015

On Saturday 9 May at 11.00 a.m., a ceremony to mark Europe Day and to commemorate the end of the Second World War and liberation of Europe will be held at the Council of Europe in Strasbourg.

Media representatives are invited to cover the event scheduled to start at 11.00 a.m. on Saturday 9 May on the forecourt of the Palais de l’Europe (Avenue de l’Europe) in Strasbourg.

The ceremony is open to the public. 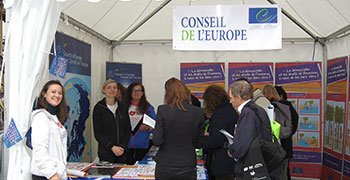 This year, which sees the European elections, the Council of Europe participated with the European Parliament and the City of Strasbourg in the EYE 2014 (European Youth Event), which brought together 5,000 young Europeans in Strasbourg on 9, 10 and 11 May 2014.

Council of Europe booth at the Yo! Village

- Living Library bringing together around 25 "live" books, all people who suffer from everyday prejudices because of whom they are.

- Under topic V European Values: panel to discuss ‘Human Rights on the Internet' - starting point: the « No Hate Speech Movement », a Council of Europe youth campaign led by young people for equality, dignity, human rights and diversity on the Internet.

- Workshops "The Youth Campaign for Human Rights Online" to be run on 9 and 10 May with the following objectives: