The Steering Committee Meeting of the Council of Europe project “Strengthening the Protection of National Minorities, including Roma, and Minority Languages in Ukraine” took place 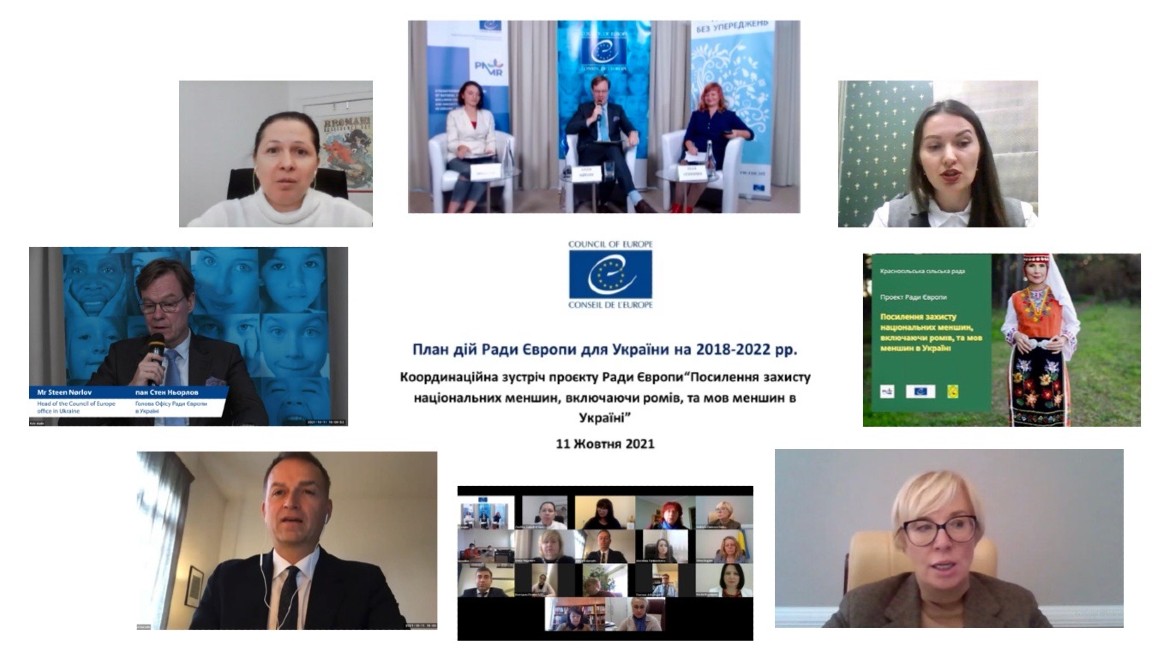 During the Coordination Meeting, participants devoted attention to the analysis and discussion of achieved results and further action plans for 2022 based on the experience of implementation of the first phase of the project and needs of national partners.

National partners highlighted the importance of expert support provided under the implementation of project, the enhancing dialogue, and increasing participation of national minority representatives in local decision making.

Members of the Coordination council provided constructive feedback on the implementation of project and stressed on the need to continue the project.