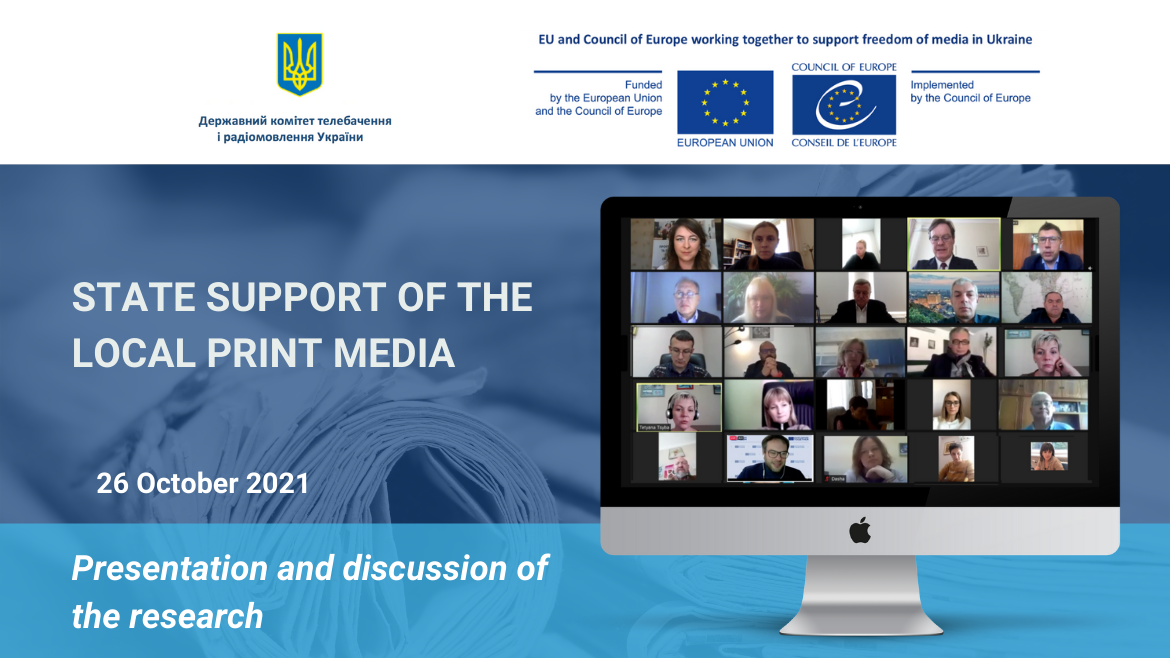 On 26 October the on-line discussion on the state financial support to local print media was organized within the Project “European Union and Council of Europe working together to support freedom of media in Ukraine”. The discussion was based on the presentation of the expert study conducted in 2021 by the Council of Europe consultant Marius Dragomir. The expert presented main types of the state financial support to the local press outlets within European countries and suggested several options for Ukraine taking into account local context and each option’s financing threats and advantages. The conclusions of the report gave rise to lively debates among about 60 editors of the local print media.

The 2015 Law on Reforming State and Municipal Print Media created the basis for the privatization of the local press, a process that began in January 2016. As a result, a total of 615 publications were reformed, which is about 96% of the total number of state and municipal media that were actually published at the end of 2018. The financial condition of many local print media in Ukraine is on the verge of collapse, so there is an urgent need to introduce an effective model of state support.