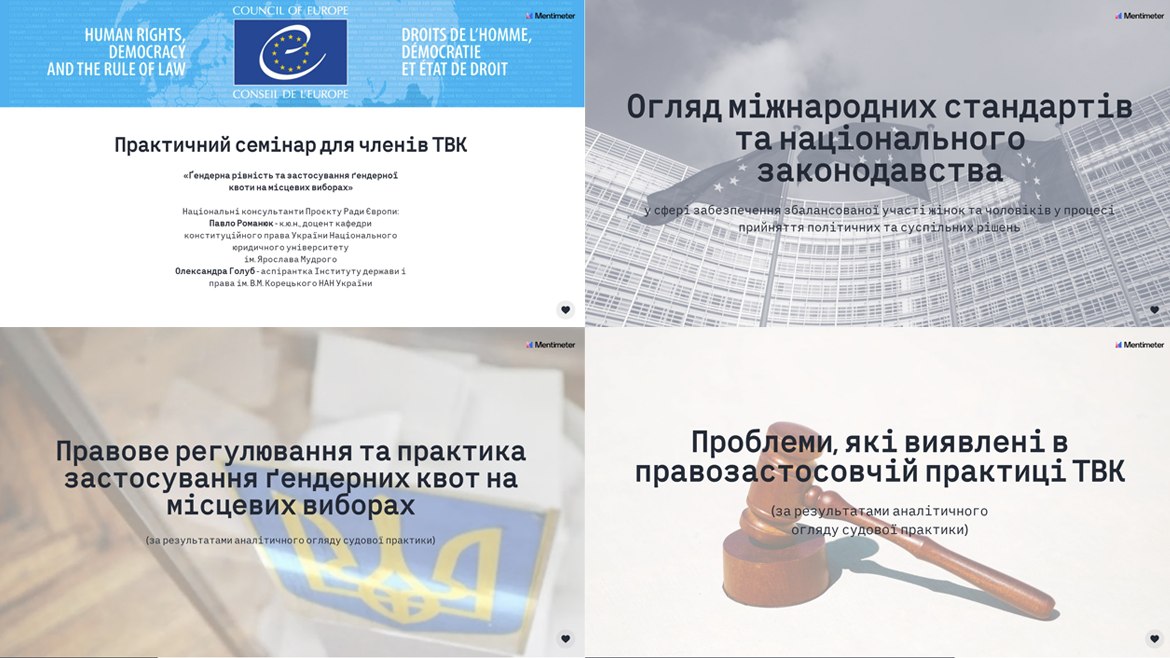 On 26 November 2021, the Central Election Commission of Ukraine in cooperation with the Council of Europe* held a practical online workshop for representatives of Territorial Election Commissions, aimed at mainstreaming the issue of compliance with the provisions of the Electoral Code of Ukraine with respect to registration of candidates included in lists of local organisations of political parties. The workshop was attended by more than 70 members of Territorial Election Commissions from different parts of Ukraine, who deepened their knowledge on international legal acquis in the sphere of gender equality, as well as relevant national legislation that regulates the issue of ensuring equal rights and opportunities for women and men, in particular, their political and electoral rights.

During opening remarks, the participants of the seminar were greeted by Ms Victoria Hlushchenko, member of the Central Election Commission, who emphasized the importance of enshrining in legislation the requirements as to obligatory representation of both sexes in electoral lists, as well as the significance of the work of territorial elections commissions for improving the quality of electoral process in the context of continuous refinement of electoral legislation.

Ms Inna Zubar, Project Manager of the Council of Europe Project "Supporting the transparency, inclusiveness and integrity of electoral process in Ukraine", pointed out that one of the strategic goals of the Council of Europe is to achieve a balanced representation of women and men in political and public decision-making processes. In accordance with the Council of Europe standards, such a balance shall be set at at least 40% of representation of each sex. Therefore, the introduction of efficient gender quotas in electoral legislation is certainly appraised, as it is designed to help achieving this goal. 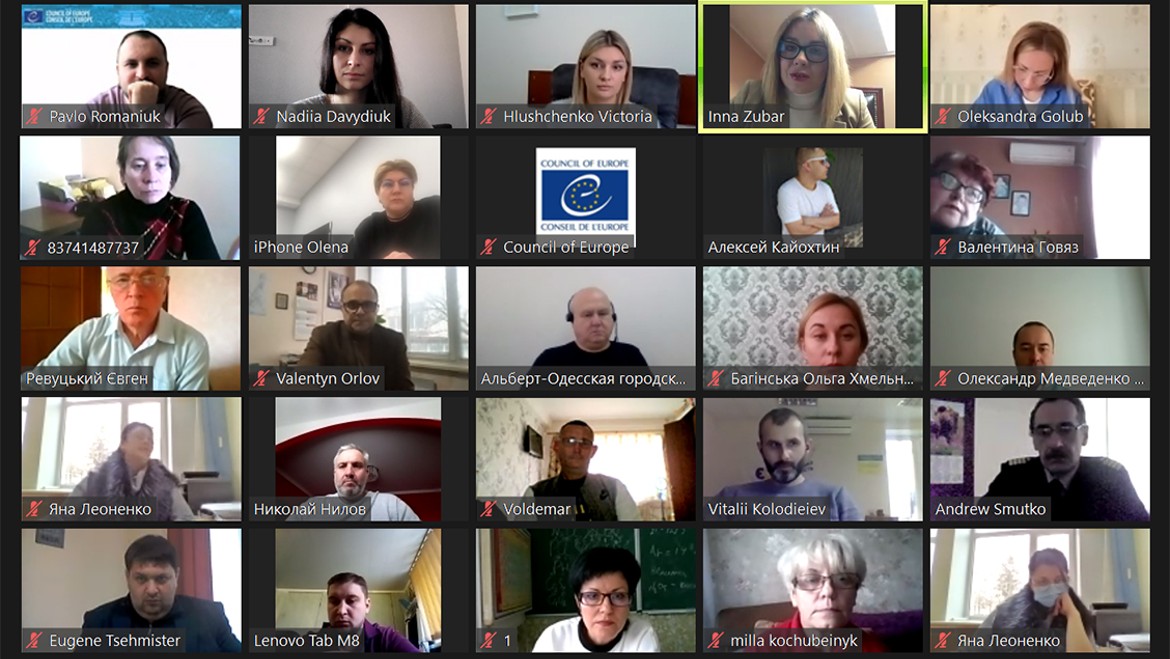 In the framework of the workshop, the members of territorial election commissions have also got acquainted with the results of the Council of Europe research "Review of the national court practice on election dispute resolution as regards the compliance with gender quota requirements during the 2020 local elections", presenting the analysis of 80 cases and 139 court acts. The study was presented by its authors – national consultants of the Council of Europe Ms Olekdandra Golub, postgraduate student at Volodymyr Koretskyi Institute of State and Law, National Academy of Sciences of Ukraine, and Mr Pavlo Romanyuk, Associate Professor at the Department of Constitutional Law of Ukraine, Yaroslav the Wise National Law University.

The Electoral Code of Ukraine, adopted in 2019, introduced gender quotas, as well as mechanisms to ensure them, with the aim to achieve balanced political participation and representation of women and men in public and political decision-making processes at both national and local levels. The results of the 2020 local elections, when these provisions of the Electoral Code had been applied for the first time, revealed a positive impact of gender quotas on the level of representation of women elected to local councils.