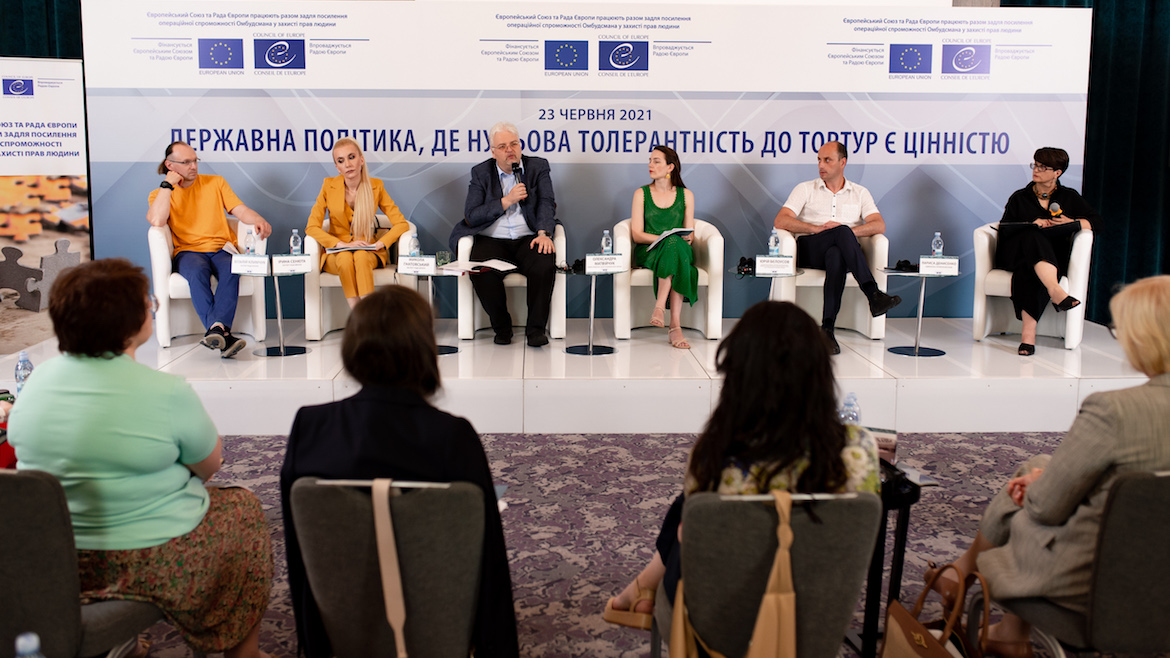 On June 26, the international community celebrates the Day in Support of Victims of Torture to once again remind of the inadmissibility of human rights violations such as torture and inhuman treatment.

Torture and other ill-treatment are one of the most serious human rights violations. Relevant prohibitions are formulated in national and international laws in the most categorical of all possible ways. The prohibition of torture is imperative, absolute and indispensable, regardless of any accompanying circumstances.

However, torture and other forms of ill-treatment are an everyday modern reality almost all over the world. 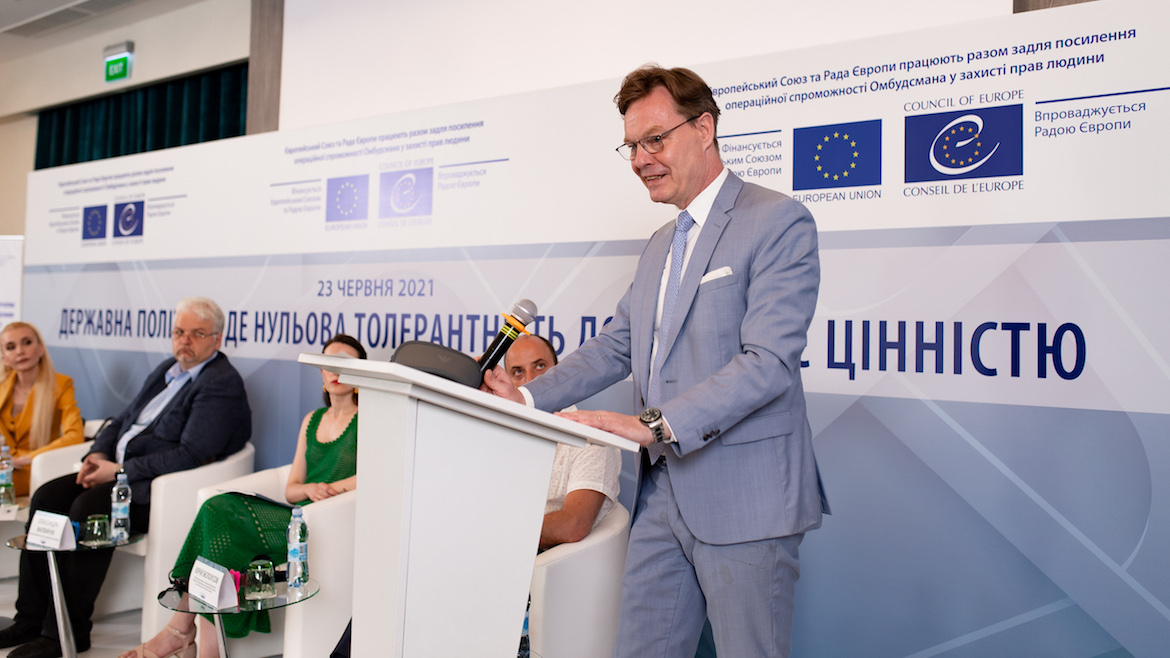 “The problem of ill-treatment is among the priority topics for consideration by the Council of Europe and its monitoring bodies. Considerable efforts and positive results observed over the last years in pursuing the reforms of the criminal justice and law enforcement systems in Ukraine, however, have not resolved the problem of ill-treatment that remains systemic for many years,” Steen Nørlov, Head of the Council of Europe Office in Ukraine, said.

On the occasion of the International Day in Support of Victims of Torture, the Joint EU-Council of Europe project “European Union and Council of Europe working together to strengthen the Ombudsperson’s capacity to protect human rights” presented an analytical report “Rehabilitation Mechanism for Torture Victims in Ukraine”. The event took place on June 23 in Kyiv to draw the attention of public authorities, civil society and the expert community to the need to develop a state policy in the field of combating torture, implementing comprehensive measures to address it, including the establishment of an appropriate rehabilitation system for torture victims in Ukraine. Mykola Hnatovsky, Vitaliy Klymchuk and Iryna Senyuta worked on the report. 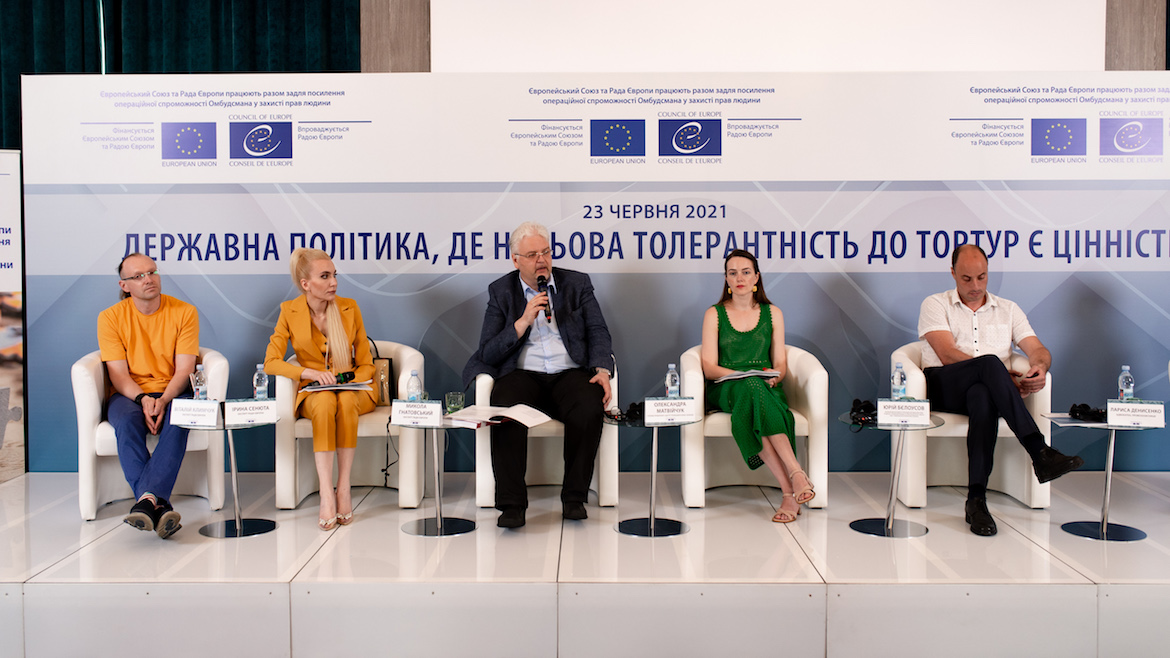 The authors of the report noted that the right to rehabilitation of victims recognised by Ukraine remains not properly implemented in the norms of national legislation. At the same time, Ukraine’s international legal obligations to rehabilitate victims of torture follow from Art. 14 of the UN Convention against Torture and Other Cruel, Inhuman or Degrading Treatment or Punishment, Art. 3 of the Convention for the Protection of Human Rights and Fundamental Freedoms and the rules of common customary international law. Accordingly, it is advisable to adopt regulations that would introduce a system for the rehabilitation of victims of torture. 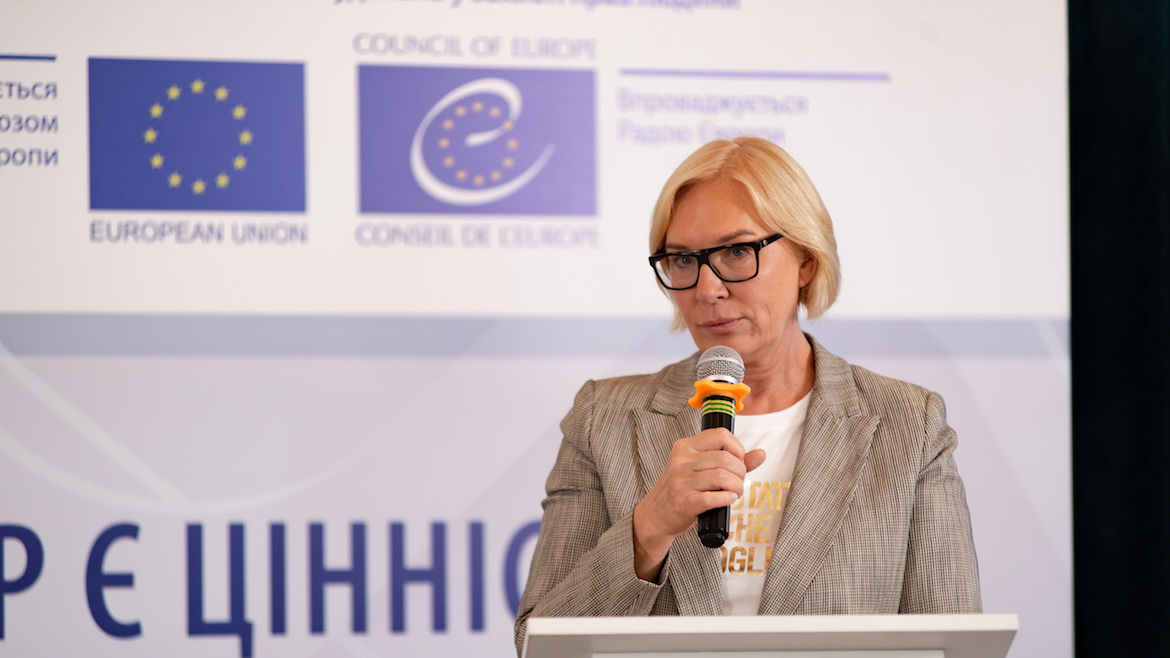 Lyudmyla Denisova, the Parliament Commissioner for Human Rights, noted that the Analytical Report “Mechanism for the Rehabilitation of Victims of Torture in Ukraine” covers the full range of issues in the fight against torture and protection of victims. Lyudmyla Denisova also expressed her support for the recommendations provided in the report on the organisation of the rehabilitation system in Ukraine.

During the event, participants repeatedly stressed that all victims of torture and ill-treatment have the right to rehabilitation. That is, the restoration of functions or the acquisition of new skills that have become necessary as a result of circumstances that have changed for the victim after the use of torture and other ill-treatment. Rehabilitation of victims should be aimed at the maximum possible restoration of their independence and physical, mental, social and professional abilities, as well as full social integration and participation in society.

The authors of the report have developed a number of recommendations for the introduction in Ukraine of an effective mechanism for the rehabilitation of victims of torture, which can be found at the link: https://rm.coe.int/analytical-report-on-rehabilitative-mechanism-ukr-2021-web/1680a22675

The Joint EU-Council of Europe project “European Union and Council of Europe working together to strengthen the Ombudsperson’s capacity to protect human rights” aimed at ensuring better protection of human rights in Ukraine and enhancing operational capacities of the Ombudsperson’s Office in the area of prevention of ill-treatment in places of deprivation of liberty.
2021-06-24T04:48:00