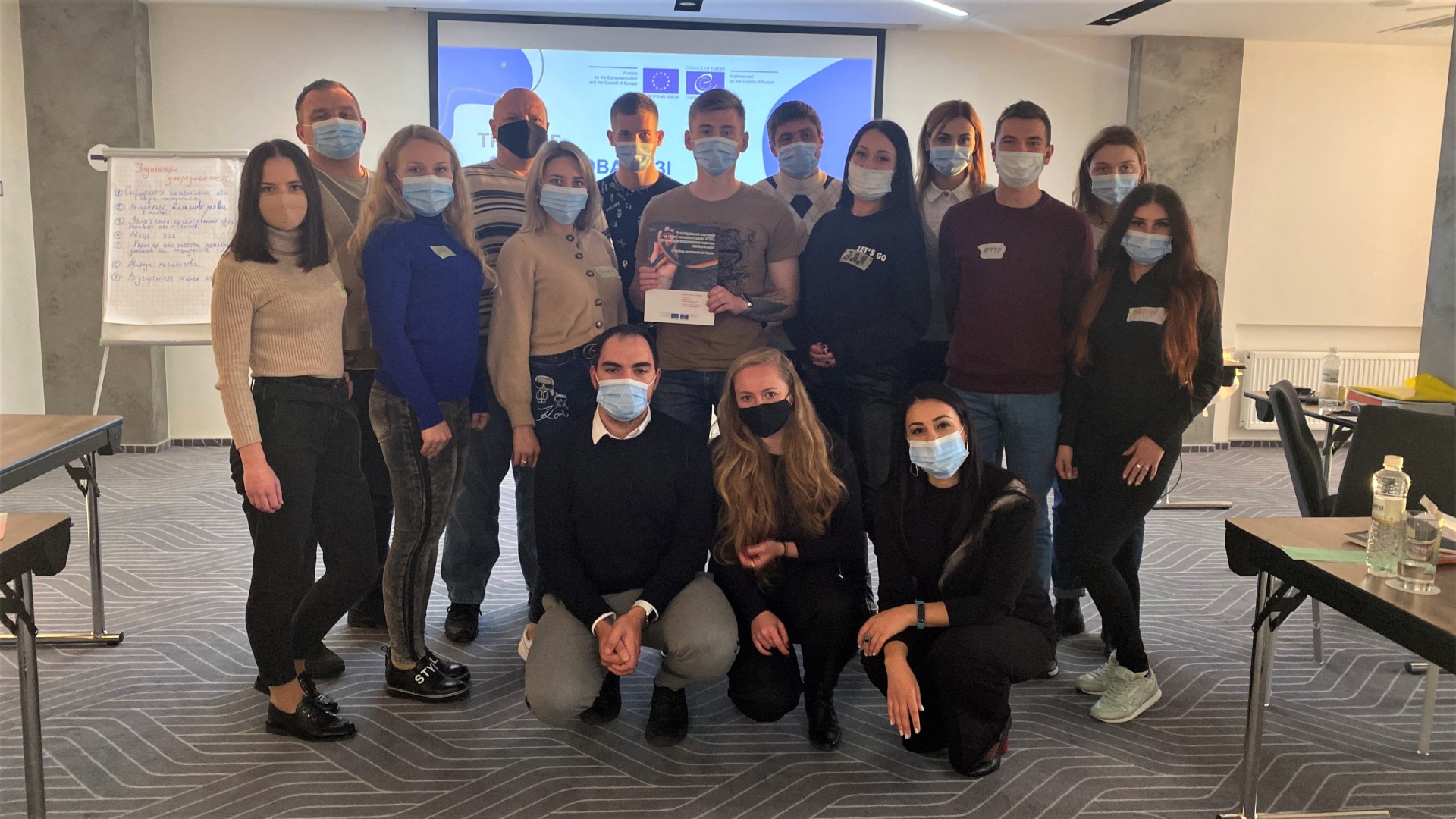 On 7 October 2021, a training seminar was organised for 16 Patrol Police officers, with the aim to equip participants with the necessary skills to detect, classify and investigate hate crimes against LGBT + to ensure justice and protection of victims, as well as to promote fair and transparent application of national legislation on hate crimes.

The training included information on hate crimes, statistics, Ukrainian legislation, sexual orientation and gender identity. It also included sessions about the main stereotypes and prejudices that prevent police officers from being tolerant towards LGBTI people. Participants reviewed the motives that determine people to commit hate crimes and methods of prevention of such crimes, ethics of communication with LGBTI people. Participants worked in small groups on the classification of hate crimes and got to meet people from the LGBTI community to unveil the prejudice around these groups. Police officers were actively involved in practical exercises.

From the training evaluation, participants appreciated the training and considered it very relevant, as for most of them the topics were new. In their recommendations, participants noted that it is important to conduct trainings on this topic for all branches and units involved in prosecuting those who have committed hate crimes. All participants noted the need to improve legislation in the field of combating discrimination, namely the need for the Parliament to adopt a bill "On Amendments to the Code of Administrative Offenses and the Criminal Code of Ukraine to Combat Discrimination" (# 5488).