Maria Atanasiu and Others v. Romania

In the 1990s, I thought we would get it back within ten years.

Maria Atanasiu was born in 1912. Along with her daughter, she was the legal heir to some property in Bucharest. The property was seized by the communist regime in 1950.

However, after the fall of communism in Romania, a series of laws were passed giving people the right to claim back property that had been nationalised by the authoritarian regime or obtain compensation.

After 1990, the family tried to claim their property back. Yet by 2010 their case was still unresolved.

Tens of thousands of Romanians were in a similar position. After making claims for the return of property, they were faced by legal barriers and long delays – many lasting over a decade. The European Court received hundreds of complaints about the problem.

The European court ruled that this had breached the applicants’ right to access a court and their right to their property.

The court used the application as a test case demonstrating the problems in the Romanian system. It stated that the authorities must put in place measures capable of guaranteeing effective restitution or compensation for people who had valid property claims, while striking a fair balance between the different interests at stake.

For me, as a lawyer who had the honour to represent her interests, Maria Atanasiu is a winner. She believed in justice, she fought for justice and she won justice.

Corina Popescu, who represented the applicants, on her firm’s website

Maria Atanasiu and her daughter were both paid compensation equivalent to their ownership of the nationalised property.

In 2013, a new law came into force which reformed the reparation process. This included the following:

In a later ruling, the European Court found that in principle this provided an accessible and effective framework for dealing with the issue, with certain exceptions. 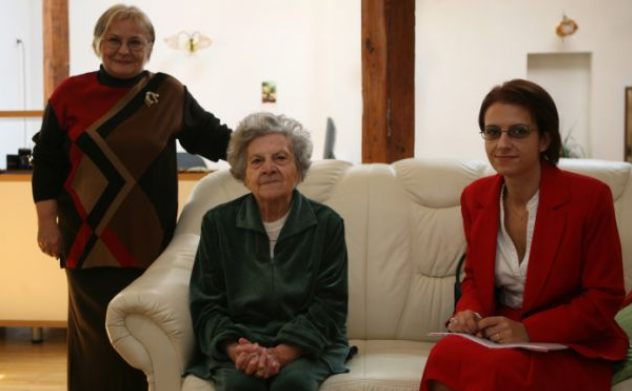 Reforms after bank refused to pay out pensioner’s savings

Ruža Jeličić was a citizen of the former Yugoslavia. She worked in Germany in the 1970s and 80s and kept savings of German marks in a bank in the former Yugoslavia. However, along with thousands of others with foreign currency savings, she was banned from withdrawing the money after moving back home. After Mrs Jeličić stopped working and her husband died, she had no money to live on.

The government evicted the inhabitants of a small village for counter-terrorism purposes. They were not allowed to return for over 10 years. In the meantime, they were given no alternative housing or money, and they lived in extreme poverty. The Strasbourg court ruled that their rights had been violated. A new law introduced compensation for damages suffered during anti-terrorist activities.

Anatoliy Burdov was exposed to radiation whilst working on the emergency response to the Chernobyl disaster. He was entitled to certain social benefits, but the authorities refused to pay - even when ordered to do so by Russian courts. The Strasbourg court said that this violated Mr Burdov’s rights. As a result, reforms were introduced to improve the enforcement of judgments.

Two families owned some land in Thessaloniki. The authorities took away part of the land to carry out public works - but the families were paid only a fraction of the land’s true value. The Strasbourg court found that this violated their right to property. Greek case-law was subsequently changed, requiring courts to properly compensate people when their property is expropriated.

Woman forced to allow hunting on her land against her beliefs

Catherine Schneider was ethically opposed to hunting, but she was forced to allow it on her land under an old law. The Strasbourg court ruled that forcing her to be part of a hunting syndicate breached her basic rights. The law was changed to allow people to follow their conscience on hunting.