1st ministerial seminar "Teaching about the Holocaust and artistic creation" 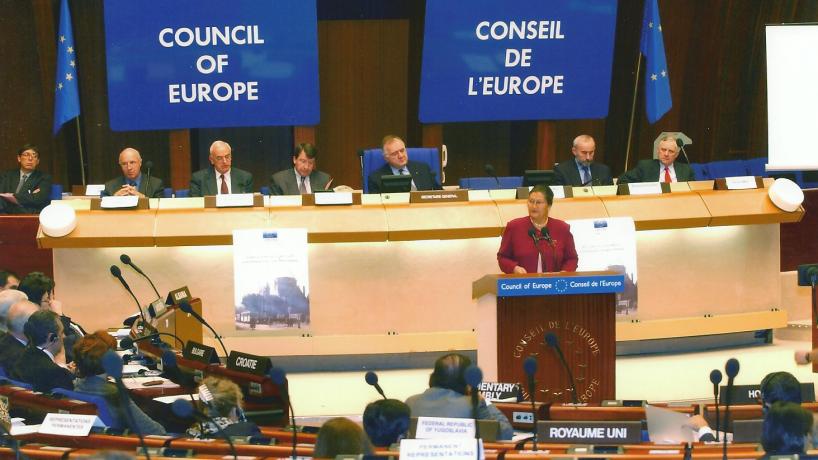 This first seminar to be organised by the Council of Europe was attended by 36 member states represented at the highest level. In addition to the Secretary General, Mr Walter Schwimmer, and the French minister-delegate for schools, Mr Xavier Darcos, Mrs Simone Veil, President of the Fondation pour la Mémoire de la Shoah, and Professor Yehuda Bauer also gave speeches.

The day before the seminar, a colloquy organised in co-operation with the International Task Force for Holocaust Remembrance (ITF) and chaired by France had brought together artists, writers, film-makers, directors and museum curators to study the role of artistic creation in teaching about the Holocaust.

In the afternoon of the 17th October, the opera Brundibar by Hans Krasawas was performed by the Domino choir (Opava, Czech Republic) and the Ecole nationale de musique de Nevers (France) conducted by Marie-France Messager