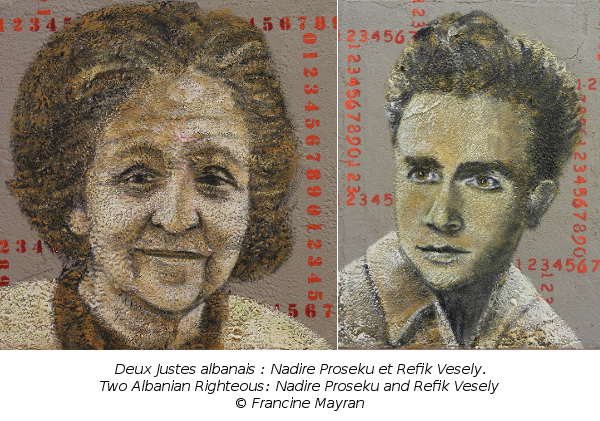 Message to the "Righteous"
"You listened to your heart and your wisdom. You saved human lives and hope in humanity has been saved."

Under the Albanian Chairmanship of the Committee of Ministers of the Council of Europe, the programme organised in Tirana the first European Youth Tribute to those who saved the honor of humanity during the Holocaust.

Message to the survivors
"Thank you for having kept faith in humanity, and to give young people the hope of a better world, more tolerant and respectful of individual differences."

The ceremony took place on the afternoon of September 5, 2012, with the exceptional presence of European "Righteous among the Nations" or their relatives, survivors rescued by the "Righteous" and Youth leaders from the countries of the "Righteous". This event afforded an opportunity to highlight the Albanian muslim population's exceptional attitude to its Jewish population during the war, to raise awareness, among participants, particularly the younger ones, of the citizens' reflex shown by those persons who saved Jews’ lives, and to grasp what the witnesses present had experienced.

Message to the Youth leaders
"One day you will tell it to your children. The one who forgets its past is doomed to live it again."

On this occasion a group of around 30 teachers from accross Europe participate to an European workshop to improve their skills in the passing on of remembrance of the Holocaust.