Conference: "The Holocaust by bullets" 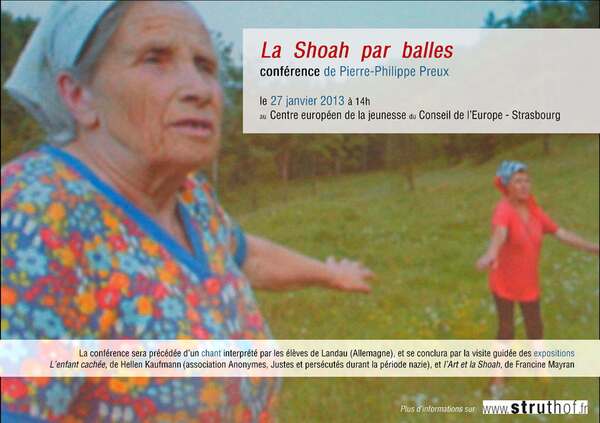 This conference casted light on a still little-known aspect of the Holocaust, the murders between 1941 and 1944 of almost one and a half million Jews from Ukraine who were shot by Einsatzgruppen (mobile execution units) of the Waffen SS, the German police and East European collaborators.

The commemorative event began with a song performed by pupils from Landau (Germany), one of the schools who participate on a regular basis to the activities of the Association Regards d'Enfants.