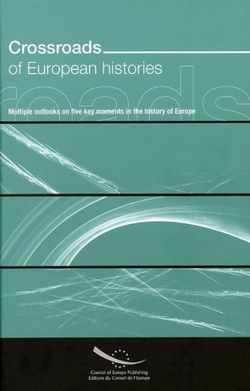 How can history teaching contribute to a spirit of tolerance with respect to promoting different points of view, respect for the other and developing the critical and autonomous judgement of future active citizens within democratic societies?

This book is a contribution to the implementation of a methodology based on "multiperspectivity", and allows teachers to present numerous examples of various approaches in their practical teaching as well as different points of view or ideas on the same events in recent European history.

Thirty-five of the contributions presented in the framework of five conferences by eminent historians from different Council of Europe member states are published in this book. As they will be complemented by additional sources provided by teachers, they cannot obviously be exhaustive from a point of view of the states concerned or from the different perceptions of history.

This publication allows both teachers and pupils to place regional and national history in a wider context, develop their historical knowledge, make connections across space and time, and compare different perspectives on the same events and developments.

A User guide accompanying this CD-ROM.

The publication "Multiperspectivity in History Teaching: a Guide for Teachers"

This series of guides by Robert Stradling took as its inspiration the discussions at the Regional training seminars on “The beginnings of World War II in South East Europe” (Bled, Slovenia, October 2001) and “The challenges facing history teachers in the 21st Century in a regional context” (Budapest, November 2001). The teachers and the teacher trainers from all the countries of South East Europe expressed their need for examples of dealing with multiperspectivity which they could use in the classrooms.

However, they indicated that they needed examples which did not directly relate to the situations in their countries. The examples provided can be adapted to the situations in the countries of South East Europe. Some of the examples are well known but the manner of dealing with them is innovative and the question of multiperspectivity has been dealt with in some of the regional training seminars both in the Stability Pact countries and in the republics of the former Soviet Union.

The Guide now provides the basis for any training seminars for teachers. It is available in the following languages.