Launch of the New Good Governance Project in Bulgaria 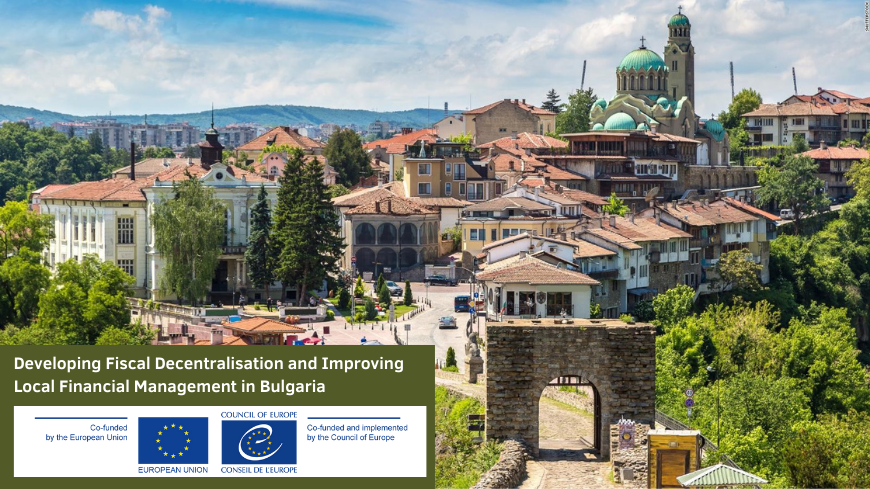 Sound financial management is one of the principles of good democratic governance. The legal authority to perform certain functions is meaningless if local authorities are deprived of the financial resources to carry them out. According to the European Charter of Local Self-Government, local authorities shall be entitled, within national economic policy, to adequate financial resources of their own, of which they may dispose freely within the framework of their powers.

Increasing the financial autonomy of the Bulgarian municipalities in line with good European practice and standards will be the main focus of the new Council of Europe project “Developing Fiscal Decentralisation and Improving Local Financial Management in Bulgaria”, which will be implemented by the Centre of Expertise for Good Governance from 15 June 2022 to 28 February 2024.

During the next 20 months, the Centre of Expertise will work with national partners to provide peer reviews, legislative and policy advice, consultations and workshops to improve legal, financial and strategic framework for fiscal decentralisation and increase the level of own revenues of municipalities. Capacity-building activities will also be provided to develop local officials’ competences to apply relevant benchmarks and measure performance based on the relevant toolkits of the Centre of Expertise.

The project’s kick-off meeting, which was held on 27 June 2022 in Sofia, brought together representatives of the Ministry of Regional Development and Public Works of Bulgaria, the National Association of Municipalities, the Citizen Participation Forum, the European Union and the Council of Europe. The meeting aimed to present the project and its expected results to the national partners, stakeholders and civil society representatives and thus officially mark the launching of its implementation.

Representatives of the Ministry of Regional Development and Public Works and Directorate-General for Structural Reform Support of the European Commission (DG REFORM) addressed the participants at the opening session. The kick-off meeting was followed by the first meeting of the Project Advisory Group. Both the overall Work Plan of activities and the expected main outcomes of the project were presented by the Project Team.

The participants exchanged views on the proposed interventions and main challenges for the distribution of competences across levels of government. They emphasised the importance of the EU and CoE support to the Bulgarian authorities in their reform efforts and provided recommendations on the financial autonomy of the municipalities and strengthening the capacities of local officials for improved financial management.

The project is co-funded by the European Union via the Technical support instrument and implemented by the Council of Europe, in cooperation with the European Commission.