Press Briefing on the Programme Achievements in Serbia 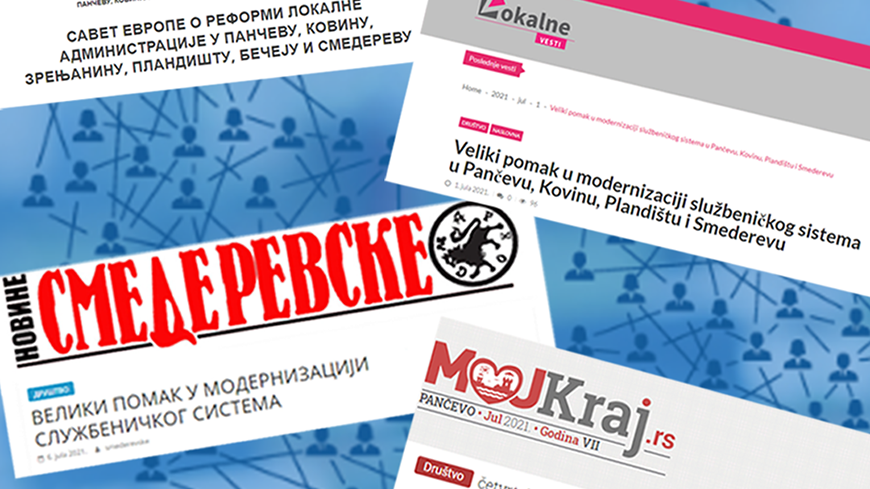 In the framework of the European Union – Council of Europe Joint Programme "Human Resources Management in Local Self-Government – Phase 2", a media briefing was held on 1 July 2021 for journalists and representatives of the municipalities of Bečej, Kovin, Zrenjanin, Pančevo, Plandište and Smederevo responsible for public relations. The aim of the briefing was to present the Programme results to the participants.

"The local governments that the Council of Europe has worked with have made great efforts in modernising the civil service system and internal work organisation. This means that they have improved the quality of services they provide to citizens and businesses, which is the most important goal of a public administration reform", said Mr Aleksandar Jovanović, the Manager of the Programme.

The improvement of human resources management performance was identified through a specially designed instrument, developed by Standing Conference of Towns and Municipalities – the “Human Resources Management Index”. The results demonstrated the progress made by all the local self-governments supported by the Programme.

A representative of the Standing Conference of Towns and Municipalities also addressed the participants and stated that the most important factor for the modernisation of the civil service system is the continuous professional development of employees, so that they are able to solve all requests from citizens.

The briefing was also an opportunity for journalists to be informed about the recently announced calls for obtaining technical support and non-refundable funds for the improvement of the internal organisation of work and professional development of employees in Local Self-Governments. The total value of grants is over half a million Euros.