Policy Advice on Legal Personality at Local level in Ukraine 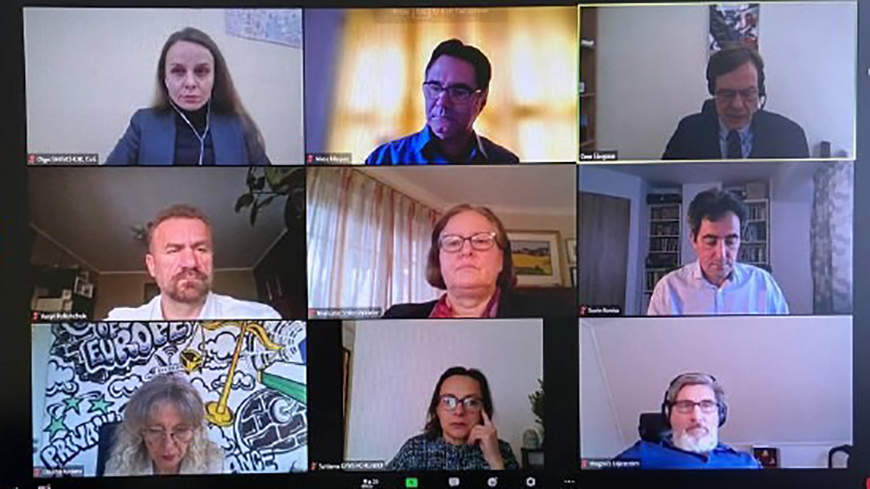 On 26 January, the Council of Europe presented a Policy Advice on legal personality at local level in Ukraine to the international community. With this Advice, the Centre of Expertise for Good Governance concluded the extensive work carried out in 2021.

The Policy Advice, prepared within the Programme “Enhancing decentralisation and public administration reform in Ukraine” states that the reform of legal personality at local level would be useful and welcome, as it would provide for a clear and transparent status of municipalities and offer considerable democratic advantages. However, the current challenges to the success of the on-going decentralisation reform make it less urgent. The main priority today is to strengthen the autonomy of the newly created local governments in Ukraine, by finalising systemic reforms and taking measures to put a greater emphasis on making decisions and allocation of resources more transparent at local level. Moreover, the document underlines that it would be reasonable to limit the scope of the legal personality reform, for the time being, to the lower tier of local governments. The Policy Advice also took into account the analysis prepared in light of the European Charter of Local Self-Government by an expert of the Congress of Local and Regional Authorities of the Council of Europe.

At the meeting, Claudia LUCIANI, Director of Human Dignity, Equality and Governance of the Council of Europe, underlined the importance of the consultation process to ensure that the Policy Advice was based on the in-depth analysis of other member States’ experiences.

Daniel POPESCU, Head of Department of Democracy and Governance of the Council of Europe concluded that the issue should remain on the reform agenda in Ukraine, while taking into account the current context. Therefore, the Council of Europe will continue its support to the national stakeholders in implementing the ambitious decentralisation reform and will promote initiatives to strengthen the autonomy of the newly created local governments.

The issue of legal personality at local level was debated by Ukrainian stakeholders in connection with preparation of the new fundamental changes to the legal framework relating to local self-government. Moreover, this issue gained additional attention from the international community, in particular after the European Parliament adopted a resolution in early 2021 which “calls for the introduction of the concept of a territorial public entity as a legal person”. This concept foresees granting legal personality to local communities, and no longer to the organs of authority, so that local communities would be recognised as a subject of legal rights and responsibilities.