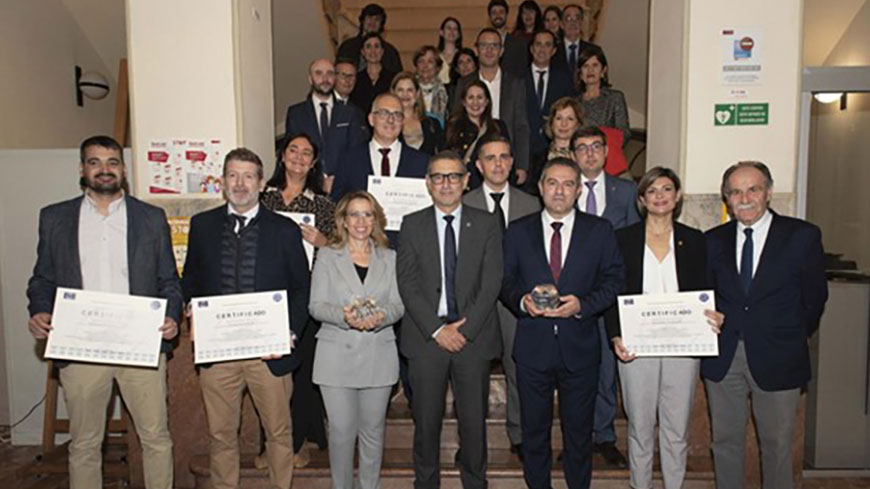 The European Label of Governance Excellence (ELoGE) is expanding into new Spanish regions, after 4 successful rounds held in the Basque Country since 2017. The conclusion of a first pilot for the Spanish Region of Murcia was celebrated on 23 November, with an Award Ceremony hosted by the University of Murcia, the accredited entity to implement ELoGE in the region.

The event counted on the participation of the University Dean, as well as representatives of the Region of Murcia, the Federation of Murcian Municipalities and the Council of Europe.

The mayor of Alcantarilla, Joaquín Buendía, and the deputy mayor of Cartagena, Ana Belén Castejón, in representation of the two awarded municipalities, expressed their satisfaction with the outcome, but also the need to continue improving their work to cement the good results achieved, in line with the best European standards. The other participating municipalities, Molina de Segura, Murcia and Santomera received a Diploma in recognition of their commitment to the process.