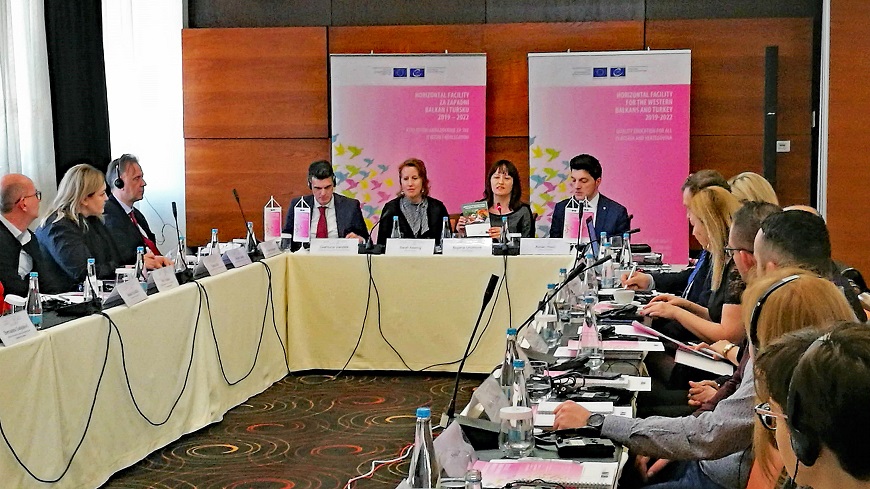 The second Advisory Board meeting of the Horizontal Facility Action “Quality Education for All” was held in Sarajevo on 5 March 2020.

The meeting was opened by Bojana Urumova, Head of the Council of Europe Office in Sarajevo, Gianluca Vannini, Head of the Operations Section for Social Development, Civil Society and Cross Border Cooperation of the Delegation of the European Union to BiH and Adnan Husić, Assistant Minister from the Ministry of Civil Affairs of BiH. The meeting was chaired by Sarah Keating, Head of the Division for Co-operation and Capacity Building from the Council of Europe’s Education Department.

The meeting focused on activities implemented since the first Board meeting held in September of last year as well as activities foreseen to be organised in the coming six-month period. During the meeting, the Advisory Board members had a chance to discuss with Council of Europe expert Professor Maria Luisa de Bivar Black the results of the report on mapping and recommendations for aligning History curricula in Bosnia and Herzegovina with the Common Core Curriculum, the Policy Recommendations and Roadmap on Quality Education in Multi-Ethnic Societies (developed within the Project) and the Council of Europe’s Reference Framework of Competences for Democratic Culture.