Deputy Secretary General meets vice-President of the Senate of Kazakhstan 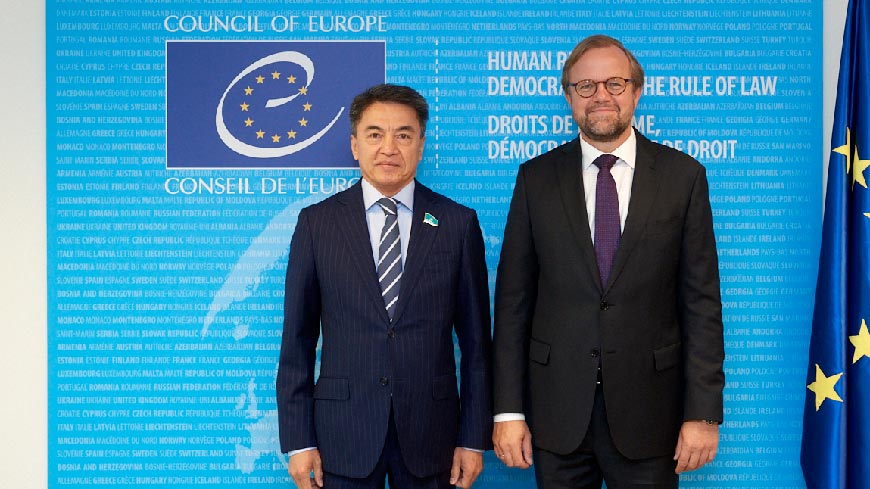 Deputy Secretary General Bjorn Berge exchanged views with Askar Shakirov, vice-President of the Senate of the Republic of Kazakhstan at the Palais de l’Europe.

The meeting focused on the co-operation between the Organization and Kazakhstan (notably on its membership of the Venice Commission and GRECO), in the framework of Council of Europe Neighbourhood Policy.

Vice President Shakirov highlighted the ongoing reform efforts promoted by President Tokayev, including the abolition of death penalty, the changes to the electoral legislation (with a 30% threshold/quota for women and youth), and new freedom of speech legislation which, inter alia, de-criminalises defamation. Deputy Secretary General confirmed the readiness of the Council of Europe to support the reform process, stressing the relevance for an active role of civil society and gender equality.

Human Rights in the Digital Sphere

International Conference: Rights, Opportunities and Wellbeing of Children in the Digital Age