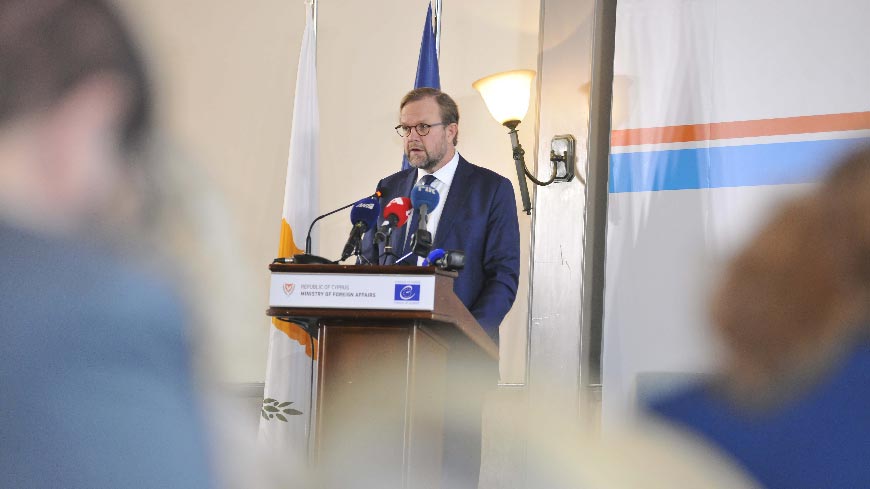 “The European Convention of Human Rights  gives women rights and protections that no other foreign policy tool has ever achieved – and no other continent has ever attained”, emphasized Deputy Secretary General while opening the conference “The role of foreign policy in advancing gender equality: Addressing the challenges, pushbacks and obstacles faced by women”, organised by the Cypriot Foreign Affairs Ministry in partnership with the Council of Europe.

The event, opened together with the Cypriot Foreign Affairs Minister Nikos Christodoulides and the Cypriot House of Representatives President Annita Demetriou, celebrated as well the 60th anniversary of the Mediterranean island in the Organization.

Moreover, Bjørn Berge highlighted the wide range of multilateral actions performed by the Council of Europe in advancing gender equality: the “Istanbul Convention” on preventing and combating violence against women and domestic violence, the first Committee of Ministers female genital mutilation declaration in 2017, the woman’s right to equal pay enshrined in the Social Charter the Gender Equality Strategy preventing and combating gender stereotype, and the recommendation adopted by member states providing the first ever international definition of sexism.

“The Gender Equality Strategy also includes a focus on equal access to justice, gender mainstreaming in policy decisions, and measures to protect the rights of migrant, refugee and asylum-seeking women and girls”, underlined Deputy Secretary General.

Lighting the Shade: Effective Application of the ECHR in Areas of Conflict in Europe

Cocktail reception on the occasion of the 15th anniversary of EPAS

Meeting of the Current Affairs Committee of the Congress: "New Models for Innovative, Democratic and Sustainable Rural Societies"