français
The European Committee for the Prevention of Torture and Inhuman or Degrading Treatment or Punishment (CPT) held its 101st plenary meeting from 2 to 6 March 2020 in Strasbourg.
09/03/2020 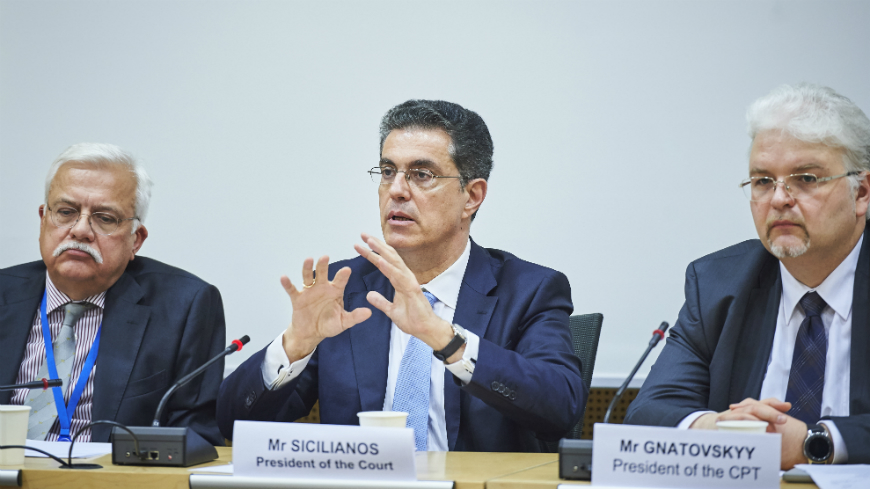 During this meeting, the Committee adopted the reports on its periodic visit to Ireland (September/October 2019), and on its ad hoc visits to Poland (September 2019), the Russian Federation (October 2019) and to the United Kingdom (October 2019). These reports will be sent in due course to the respective authorities. In accordance with Article 11, paragraph 2, of the CPT Convention, the CPT’s reports and the government responses are published only at the request of the authorities (on a case-by-case basis or through a so-called "automatic publication procedure").

The CPT also heard oral reports on recent visits carried out between December 2019 and February 2020, and prepared future visits. Other issues discussed included the states’ responses to previous visit reports and ongoing intergovernmental activities of the Council of Europe on matters within the CPT’s mandate.

In the context of this meeting, an exchange of views took place between the CPT and judges of the European Court of Human Rights on two topics of common interest, namely on the definition of “deprivation of liberty” and on procedural obligations under Article 3 of the European Convention on Human Rights.

In addition, the Committee held a training session on working with interpreters in the context of its visits to places of deprivation of liberty.