français
A delegation of the Council of Europe's Committee for the Prevention of Torture and Inhuman or Degrading Treatment or Punishment (CPT) recently carried out a nine day visit to Croatia. The visit, which began on 14 March 2017, was the CPT’s fifth visit to the country.
27/03/2017 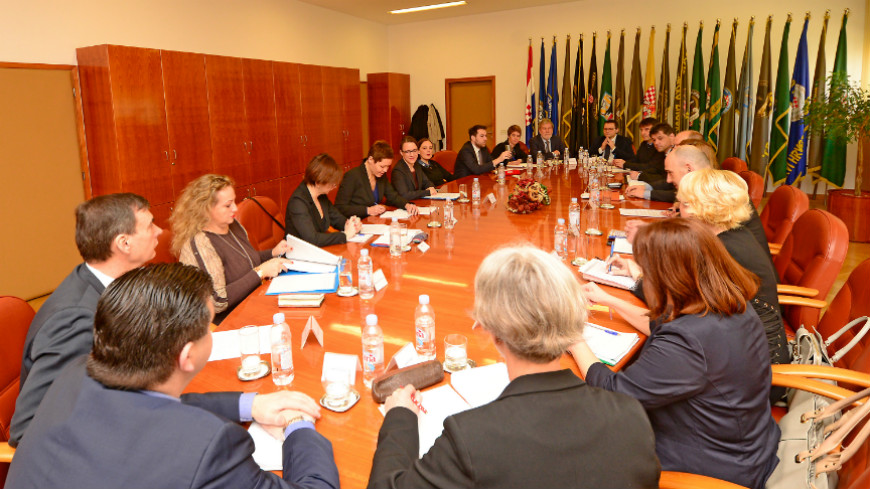 The CPT’s delegation reviewed the measures taken by the Croatian authorities to implement recommendations made by the Committee after its 2012 visit. Particular attention was paid to the treatment and conditions of detention of persons held in prisons and in one correctional institution for juveniles, as well as the situation of and legal safeguards for patients in psychiatric institutions. The delegation also examined the conditions of detention and the application of safeguards for persons detained by law enforcement officials.

In the course of the visit, the CPT’s delegation held talks with Lidija Pelivan-Stipetić, State Secretary of the Ministry of Interior, Kristijan Turkalj, State Secretary of the Ministry of Justice, and Gordana Haramina-Hranilović, Deputy State Prosecutor. It also met senior officials from the Ministries of Health, Interior and Justice and the Director of the Police. Further, the delegation met Lora Vidović, Ombudsperson of the Republic of Croatia.

At the end of the visit, the delegation presented its preliminary observations to the Croatian authorities.

They were supported by Janet Foyle, Christian Loda and Natacha De Roeck of the CPT's Secretariat, and assisted by an expert, Pétur Hauksson, former Head of the Psychiatric Department at Reykjalundur Rehabilitation Centre (Iceland).