français
The CPT’s public statement of 13 July 2017 concerning Belgium was today the subject of an exchange of views in the Committee on Legal Affairs and Human Rights of the Parliamentary Assembly of Council of Europe.
12/10/2017 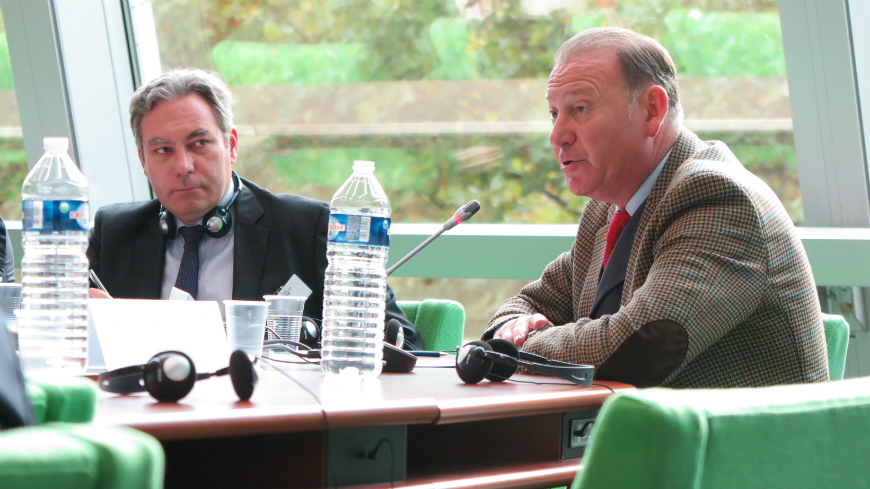 The public statement addressed the ongoing failure of the Belgian authorities to put in place a minimum level of service to guarantee the rights of inmates during periods of industrial action by prison staff. Today’s discussion focused on the possible follow-up to the concerns voiced by the CPT.

Mark Kelly, 2nd Vice-President of the CPT and Head of the CPT’s delegation which carried out the most recent periodic visit to Belgium, participated in the exchange of views, together with Hendrik Daems, Chairperson of the Belgian delegation to the Parliamentary Assembly.

Mr Kelly welcomed the initiative taken by the Parliamentary Assembly’s Committee on Legal Affairs and Human Rights to organise such an exchange. “Parliaments can be instrumental in addressing the CPT’s concerns, not only through their legislative and budgetary powers, but also through exercising control over government action”, Mr Kelly underlined. “I am confident that Belgian parliamentarians will play their part in solving the exceptionally serious issues raised in the CPT’s public statement”, he added.

In its July statement, the Committee made it clear that the failure to provide a minimum level of service during periods of industrial action by prison staff may result in a large number of inmates being subjected to inhuman or degrading treatment, or in a worsening of situations already regarded as intolerable, in endangering the health and life of these persons and in compromising the security of the establishments concerned.

The lack of practical progress, over many years, in establishing a viable system for the basic rights of prisoners to be upheld in all circumstances, in particular in the context of industrial action, was considered by the Committee as “a serious failure to co-operate”. The CPT also recalled in its statement that its long-standing recommendations on the matter were a means of helping the Belgian government and everyone concerned, including at legislative level, to make the necessary changes.