français
The European Committee for the Prevention of Torture and Inhuman or Degrading Treatment or Punishment (CPT) held its 98th plenary meeting from 4 to 8 March 2019 in Strasbourg.
12/03/2019 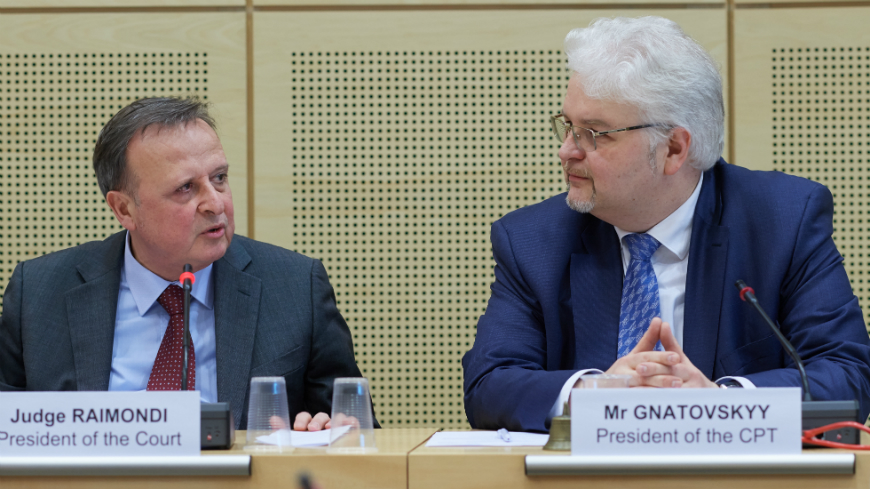 During this meeting, the Committee adopted the reports on its periodic visits to Georgia (September 2018) and the Czech Republic (October 2018), and on its ad hoc visits to Spain (September 2018), the United Kingdom (October 2018), the Russian Federation (October 2018) and Bulgaria (December 2018). These reports will be sent in due course to the respective authorities. In accordance with Article 11, paragraph 2, of the ECPT, the CPT’s reports and the government responses are published only at the request of the authorities (on a case-by-case basis or through a so-called automatic publication procedure).

The CPT also decided to issue a public statement on the Russian Federation, pursuant to Article 10, paragraph 2 of the ECPT. The text of this public statement was published on 11 March 2019.

In the context of this meeting, an exchange of views took place between the CPT and judges of the European Court of Human Rights on two topics of common interest: police custody/access to a lawyer and the detention of migrants.