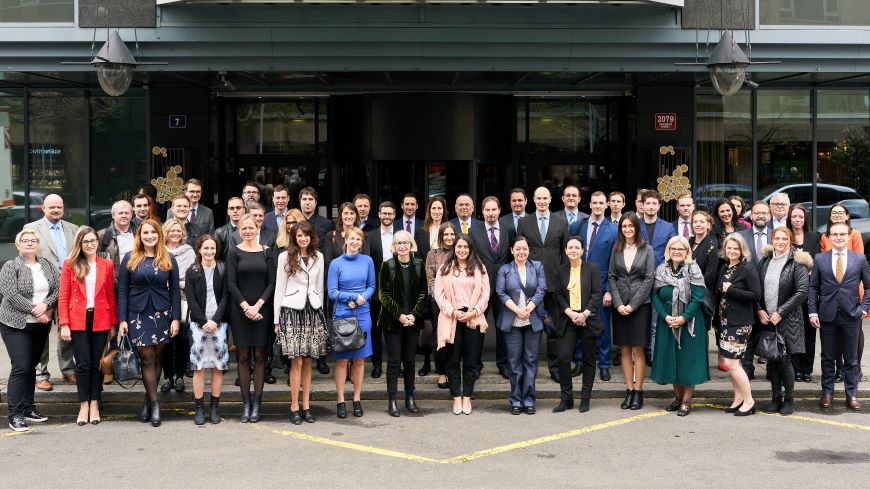 With the adoption of the Financial Action Task Force (FATF) amendments to Recommendations 1 and 2 and their Interpretive Notes on 23 October 2020, a new requirement was introduced on countries and the private sector to identify, and assess the risks of potential breaches, non-implementation or evasion of the targeted financial sanctions related to proliferation financing (PF), as contained in FATF Recommendation 7, and to take action to mitigate these risks, as well as to enhance domestic co-ordination.

While international standards and requirements on proliferation financing have rapidly evolved in the past few years, there is still limited understanding and significant challenges within the Czech Republic, as well as across European Union Member States with regard to the identification of PF risks and trends.

The Conference provided therefore an opportunity to raise awareness among relevant stakeholders in the Czech Republic as well as to encourage the exchange at a multi-country level. The event brought together representatives of relevant Czech authorities including Financial Analytical Office, Ministry of Foreign Affairs, Ministry of Interior, State Office for Nuclear Safety, Ministry of Industry and Trade, Czech National Bank, Tax Administration, and other industry representatives from the private sector, such as banks, insurance companies, virtual assets service providers, lawyers, accountants, tax advisors and auditors. Moreover, the Conference gathered representatives from relevant institutions of other EU Member States such as Bulgaria, Croatia, France, Germany, Latvia, Poland, Portugal, Romania and the Slovak Republic.

The first part of the event focused on the context and experience of the Czech Republic. Czech authorities made a presentation of the Proliferation Financing National Risk Assessment process currently conducted under the technical assistance provided as well as provided an overview of the licensing regime in the Czech Republic. The second part was then dedicated to the presentations of knowledgeable and experienced international experts. The latter touched upon several significant and actual topics, such as the role of the private sector in preventing proliferation financing, the effective implementation of sanctions related to PF, the correlation between PF and the trade finance, as well as the implementation of effective export controls sanctions with regard to dual use items and precursors of Weapons of Mass Destruction.

Moreover, the Conference provided a platform for a broader exchange on the current state of play at the EU level in identifying and addressing proliferation financing risks. Representatives of the abovementioned EU Member States’ Financial Intelligence Units, National Revenue Administrations, Central Banks, Customs Authorities, Internal Security Agencies and Export Control Commissions could share their own experiences and reflect on the proliferation financing risks of their own jurisdictions. The discussion allowed for instance the identification of common challenges and good practices, as well as the creation of synergies at a multi-country level.