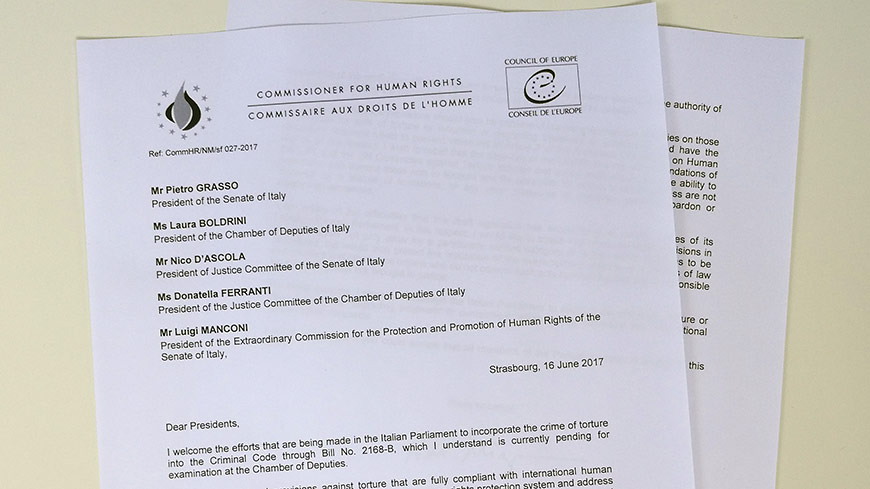 In a letter addressed to the Italian Parliament published today, Commissioner Muižnieks welcomes the efforts that are being made to incorporate the crime of torture into the Italian Criminal Code, but urges the Chamber of Deputies to improve the current Bill in order to make it fully compliant with international human rights standards.

“The adoption of such a law would fill a major gap in the Italian human rights protection system and address shortcomings highlighted by the European Court of Human Rights. However, the Bill as it is now raises concerns as some aspects of it seem to be at variance with the case-law of the Court and recommendations of specialised bodies of the Council of Europe and of the United Nations.”

The Commissioner is particularly concerned about the definition of torture provided in the bill which may result in certain cases of torture or inhumane or degrading treatment or punishment remaining unaddressed and, therefore, create potential loopholes for impunity. He also underscores the need to prevent that a statute of limitations, or any other measures of clemency, amnesty, pardon or suspended sentences, undermine the authorities’ ability to hold those who commit these acts to account and the possibility for victims to obtain redress.