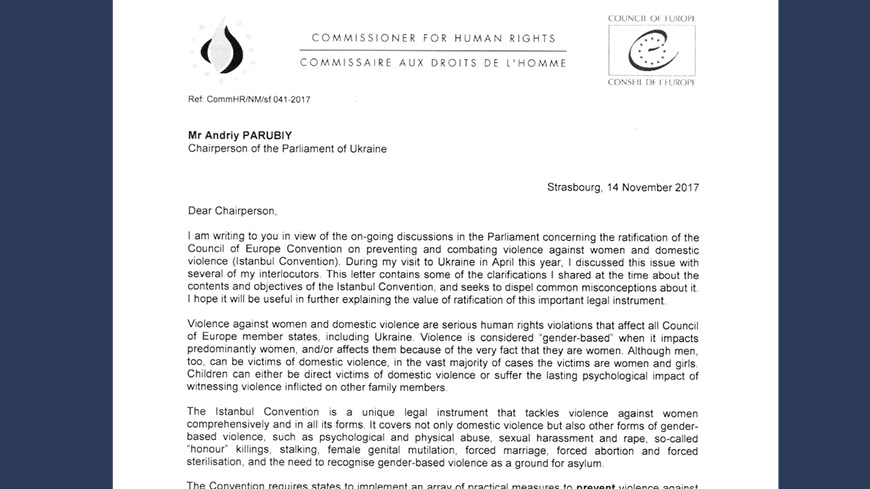 In a letter addressed to the Chairperson of the Parliament of Ukraine published today, Commissioner Muižnieks strongly encouraged the members of the Ukrainian Parliament to accelerate the process of ratification of the Council of Europe Convention on preventing and combating violence against women and domestic violence (“Istanbul Convention”).

“In my letter, I have addressed several objections and misconceptions relating to this Convention that I have encountered in various countries, which also appear in the current discussions in Ukraine. None of them should detract from the Istanbul Convention’s main aim: to eradicate violence against women and domestic violence by establishing a comprehensive and effective system of prevention, protection and accountability. Individuals, families and society as a whole will only benefit if everyone’s fundamental rights to life, security, freedom, dignity, and physical and emotional integrity are respected”.