Sweden should enhance protection of asylum seekers and persons with disabilities 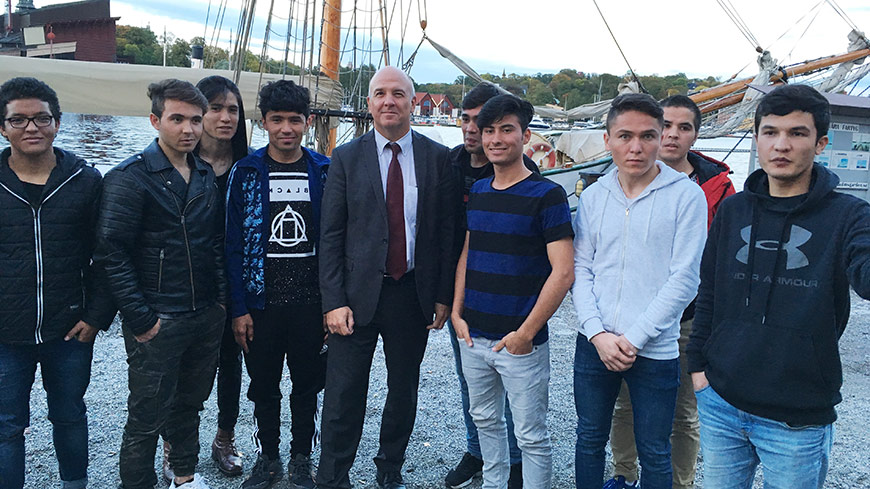 “Sweden’s renewed commitment to participate in the relocation of asylum seekers and to increase resettlement are positive signals, but it’s time to lift the restrictions imposed on asylum seekers at the height of the 2015 migration crisis”, says the Council of Europe Commissioner for Human Rights, Nils Muižnieks, in a report released today following his visit to the country in October 2017.

While noting the urgency of strengthening European solidarity and creating safe and legal avenues for people seeking protection in Europe, the Commissioner calls on Sweden to lift the restrictions on the right to family reunification and to give refugees and beneficiaries of subsidiary protection the same rights in this regard. “Sweden should move beyond emergency mode and return to the levels of protection in place before the surge of arrivals”, said the Commissioner. Concerned by the humanitarian consequences of the amendment to the Law on the Reception of Asylum Seekers, he calls on the authorities to ensure that the basic needs of those rejected asylum seekers who cannot be returned and are at risk of destitution are met.

The Commissioner also calls on the authorities to strengthen the support they provide to unaccompanied migrant children and ensure that the best interest of the child is a primary consideration in all decisions relating to asylum and migration. This includes considering the cases of unaccompanied minors as a priority so as to avoid long waiting periods, which contribute to psychological distress, and granting minors the benefit of the doubt if uncertainty remains as to their age. In this respect, the authorities should not rely only on a medical assessment of age, but establish multidisciplinary procedures. Concerning the particular vulnerability of unaccompanied minors whose asylum claim has been rejected and who face forced return to Afghanistan, the Commissioner reiterates that any decision on return should be based strictly on individual circumstances and that states should not return a child to a country where there are substantial grounds for believing that he or she is at risk of irreparable harm.

Furthermore Commissioner Muižnieks recommends the establishment of a statelessness determination procedure and that persons identified as stateless be granted a permanent residence permit on this ground.

The Commissioner is concerned at reports of a trend towards re-institutionalisation as a result of a decrease in state-funded personal assistance. He calls on the authorities to closely monitor the impact of these cost-reduction measures - in particular in terms of access to education and employment, resort to congregated settings and remedicalisation of the approach to disability. “Cost-effectiveness and administrative organisation of care and services should not have primacy over the right of persons with disabilities to independent living”, he said.

In the context of labour market measures for person with disabilities, he recommends phasing out the term “reduced capacity to work” and instead focusing on the ability of the person to work, with adequate support. The Commissioner also calls on the authorities to sustain progress in replacing all forms of substituted decision-making with supported decision-making, in line with the CRPD.

Lastly, the Commissioner urges the authorities to review the legislation on involuntary placement in a way that it applies objective and non-discriminatory criteria, which are not specifically aimed at people with psychosocial disabilities. “The authorities should clearly signal that their goal is to reduce and progressively eliminate recourse to coercion in psychiatry and to put sufficient safeguards in place.”