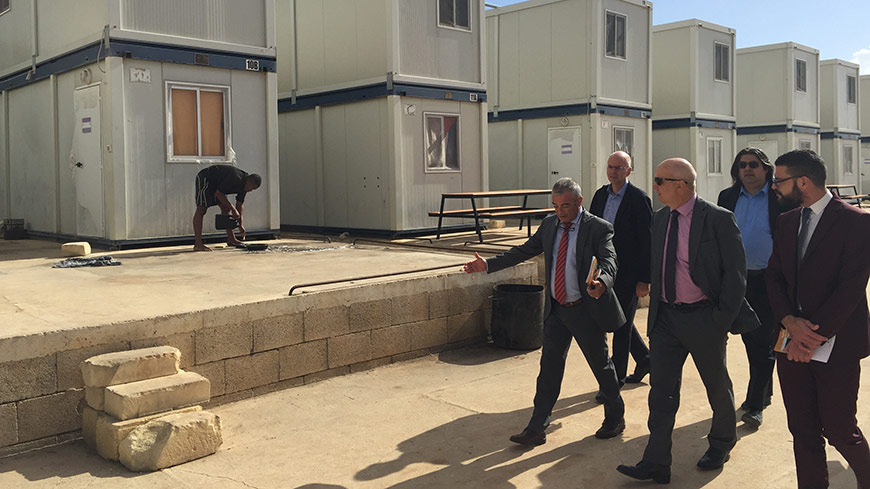 “I welcome the government’s efforts to combat domestic violence in Malta. The transposition into domestic law of the Council of Europe Convention on preventing and combating violence against women and domestic violence, currently debated in parliament, is a decisive step forward. However, more needs to be done to protect the human rights of women” said today Nils Muižnieks, the Council of Europe Commissioner for Human Rights, at the end of his four-day visit to Malta.

The Commissioner trusts that the pending Gender-Based Violence and Domestic Violence Bill would set up the appropriate legal framework to tackle these issues. “The on-going efforts to establish a global strategy aimed at coordinating public services, including the police, is also a positive signal, since all domestic violence complaints need to be effectively investigated and all victims treated with proper attention” added Commissioner Muižnieks. Looking forward to a more developed and dissuasive case-law in this field, the Commissioner encouraged the Maltese authorities to provide on-going training to more law enforcement officers, prosecutors and judges and to collect and analyse domestic violence data in a systematic manner.

The Commissioner further underlined that the legal response needs to be combined with strong social support. “I have noted with interest that a significant number of social workers employed by the National Agency for Children, Family and the Community – Appoġġ – deal with domestic violence cases. However, it is also clear that a large part of the social care to victims of domestic violence is provided by civil society organisations.” The Commissioner visited the country’s biggest shelter for women and children victims of domestic violence, which is run by the Dar Mehrba Bik Foundation. Praising the efforts made by the staff and the volunteers to accommodate their residents in a secure, peaceful and homely environment, he called on the government to allocate more financial support to these organisations and to address the shortage of places in shelters.

Concerned by the low participation of women in public life and their under-representation in decision-making positions in economic life, Commissioner Muižnieks encouraged the Maltese authorities to adopt a holistic approach based on gender equality. “Fostering women’s participation is not just about developing child care services or introducing quotas; it also requires questioning men’s roles, including in family matters. A more balanced sharing of household duties and responsibilities needs to be promoted by a whole set of measures, starting from a more than one day-long paid paternity leave.”

As regards sexual and reproductive rights, the Commissioner welcomed the authorisation in 2016 of the emergency contraceptive pill without a prescription, commonly known as the “morning-after pill”, and urged the authorities to ensure that the existing possibility for pharmacists to refuse to sell emergency contraception means on grounds of conscience does not compromise in practice the effective accessibility of those means. “The fact that the authorisation of emergency contraception results from a grass-roots campaign is a signal that Maltese society has evolved on these issues. However, I note that abortion remains a taboo issue not debated publicly” he added. Underlining that Malta is among the most restrictive member states of the Council of Europe in this field, Commissioner Muižnieks called for a public debate on abortion and the infringements of women’s human rights resulting from its prohibition. “Every individual or organisation should have the possibility to speak up in support of women’s rights without fearing stigma or negative repercussions”, he said. The Commissioner recommended decriminalising abortion and ensuring access to safe and legal abortion care.

Concerning the human rights of migrants the Commissioner noted that a number of positive steps were taken in the last two years. “I particularly welcome the end of the migrants’ automatic detention policy as well as the participation of Malta in the EU refugee relocation programme.”

In the Hal Far reception centre, the Commissioner met with Syrian, Iraqi and Somali families relocated from Greece and Italy, as well as with single men asylum seekers and refugees. He observed that the reception conditions in the families’ unit were better than in the single men’s one. “In spite of notable ameliorations since my predecessor’s 2011 visit to Hal Far, the living conditions in the single men’s unit, which consists of containers with poor sanitation facilities, need to be further improved.” He also noted that a number of refugees and beneficiaries of subsidiary protection who would prefer living in the community have no access to private housing, in spite of the fact that many of them work, because of very high rents. “There is a severe problem of access to housing, not only for migrants but also for low-income Maltese households, which needs to be urgently addressed by the government”, said the Commissioner.

As regards asylum procedures, the Commissioner noted with satisfaction the high refugee status recognition rate. However, he expressed concern about the frequent lack of legal motivation and of consistency of the Refugee Appeal Boards’ decisions, as well as the fact that most successful asylum seekers are granted subsidiary protection rather than refugee status. “This is particularly worrying because beneficiaries of subsidiary protection are not entitled to family reunification under Maltese law. Family reunification being an essential factor of integration, I urge the Maltese authorities to put an end to this form of unfair distinction”.

Welcoming the adoption of the first migrant integration strategy, the Commissioner invited the government to systematise its implementation. “Integration should not be optional; every migrant should have the possibility to benefit from this strategy” said the Commissioner. In this context, he also encouraged the authorities to facilitate access to citizenship to long-term residents.

Finally, his long-planned visit taking place in the direct aftermath of the assassination of the Maltese investigative journalist Daphne Caruana Galizia; the Commissioner discussed this issue as well as media freedom more broadly with the authorities and with media professionals and experts. He called on the authorities to conduct an effective investigation into this tragic case and to keep informed the victim’s family and the public about the progress of this investigation. Underlining the crucial watchdog role played by the press in a democracy, Commissioner Muižnieks stressed the need to guarantee a conducive environment for media freedom. The upcoming discussion of the draft law on media and defamation provides an opportunity to do so, in particular by lowering the pecuniary damages that may be imposed by courts and allowing journalists to access all public interest-related information.