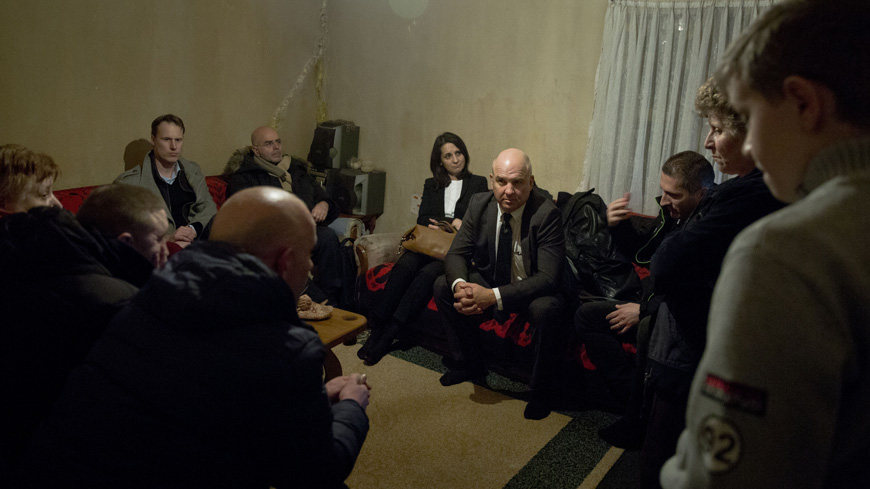 “Eighteen years after the end of the conflict, thousands of people are still denied justice in Kosovo. It is high time to change course and build a just and cohesive society. Major conditions for achieving this are to prosecute and effectively sanction all persons involved in wartime crimes, clarify the fate of all missing persons, provide war victims with adequate reparation, and facilitate  the voluntary return of displaced persons”, said today Nils Muižnieks, the Council of Europe Commissioner for Human Rights, while releasing a Memorandum following  his mission to Kosovo  from 5 to 9 February.

Concerned by the deeply ingrained ethnic divisions which undermine Kosovo’s social cohesion and development, the Commissioner calls for redoubled efforts to foster reconciliation and to establish a truly inclusive education system which promotes inter-ethnic tolerance and respect. “All schools’ textbooks and teaching material containing elements of nationalism and prejudice should be revised. Strenuous efforts are necessary for introducing new teaching methods promoting intercultural understanding, including history”.

Commissioner Muižnieks underscores the pressing need to end impunity for wartime crimes and to provide effective redress to all war victims. Particular attention should be paid to the very weak witness protection system. “Kosovo needs to intensify efforts to ensure the provision of effective protection and support to witnesses in the context of wartime criminal proceedings. Any threat or intimidation of witnesses must be investigated and the perpetrators of such crimes brought to justice”. The Commissioner also expresses concern that more than 1 600 persons remain missing due to the Kosovo conflict and calls for a renewed political commitment by Pristina and Belgrade to address this pressing issue, including by opening the archives of the army and police that may contain valuable information about missing persons.

The Commissioner calls for broadening the scope of the law governing benefits for war victims, so as to ensure that all civilians have access to adequate reparation. Whilst welcoming important developments in addressing the needs of victims of war-related crimes of sexual violence, he emphasises the need for further measures to address the social, economic and health hurdles which still prevent these victims from rebuilding their lives in dignity.

Furthermore, Commissioner Muižnieks highlights the need to address the situation of thousands of people who were forcibly displaced during the conflict, in particular as concerns their rights to health, education and housing, including the persons living in the 29 remaining, mostly substandard, collective centres. “Many of these people, including children, have lived in life-threatening conditions for years. Durable housing solutions must be found for them and the voluntary return of all displaced persons who wish to return to Kosovo should be facilitated. This includes removing the longstanding obstacles, such as impunity for hate crimes on ethnic grounds, and the lack of systematic implementation of domestic judicial and administrative decisions concerning property issues.”

Lastly, as regards media, the Commissioner underscores the need to effectively investigate the 13 cases of murders and disappearances of Kosovo Albanian and Serb journalists, which occurred between 1998 and 2005, and to bring the perpetrators of those crimes to justice. “A safer environment for journalists and other media professionals should be established, in particular by increasing the ability of law enforcement and judicial authorities to investigate and effectively sanction acts of violence and threats against them.” The Commissioner also underlines the need to find sustainable funding of the public service media which would ensure their independence from political interference and to shield journalists from undue external editorial pressure. At the same time, he calls on all media professionals to make effective use of the existing mechanisms for self-regulation and to fully adhere to the ethical standards of accuracy, impartiality and transparency.