IDAHOT 2022
Op-ed by Tobias Flessenkemper, Head of the Council of Europe Office in Belgrade, published in daily "Danas"
Belgrade 13 May 2022 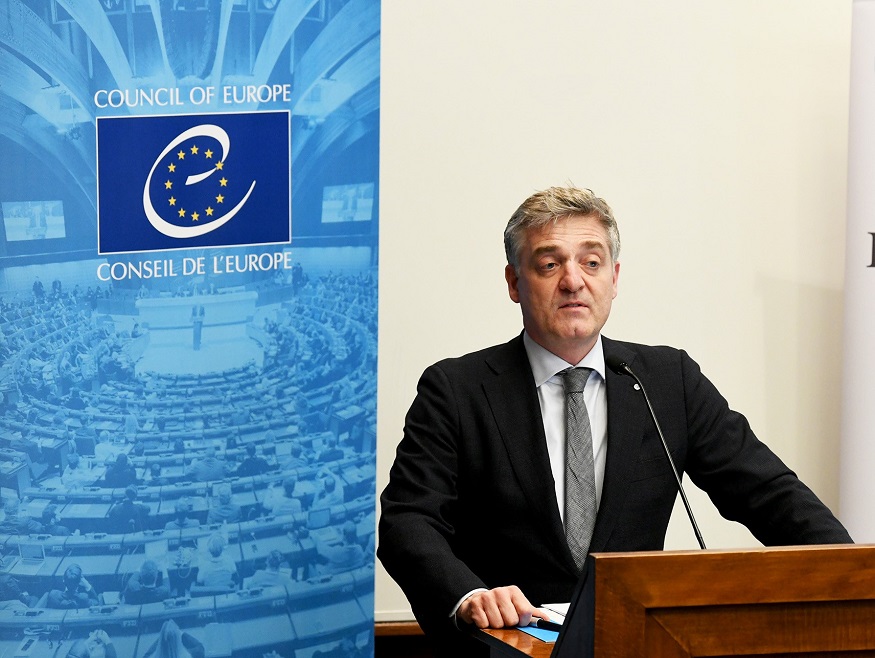 Today, 29 of the 46 Council of Europe member states recognise same-sex unions or marriages. 2022 could be the year when Serbia becomes the 30th state in Europe to provide recognition to same-sex couples.

The recognition of the rights of same-sex couples started a quarter of a century ago, with such Council of Europe member states as Belgium and The Netherlands. Over time, the case law of the European Court of Human Rights concerning the rights of same-sex couples, has significantly evolved. In 2015, a landmark judgment in the case Oliari and Others v. Italy was delivered on the complaint by three same-sex couples that under Italian legislation they do not have the possibility to get married or enter into any other type of civil union. The Court held that there had been a violation of Article 8 (right to respect for private and family life) of the European Convention on Human Rights. In the absence of marriage, the Court said, a civil union or registered partnership would be the most appropriate way for same-sex couples to have their relationship legally recognised. The Court noted in its judgment that there was a trend in Council of Europe member states towards legal recognition of the same-sex couples. This judgment boosted the process in Europe: not only did Italy adopt a specific legal framework guaranteeing the recognition and protection, in the form of a civil union, of committed and stable same-sex relationships, but five more countries have followed the suite.

Therefore, the current case law of the European Court, while not imposing an obligation to grant access to marriage to same-sex couples, suggests that legal recognition of same-sex unions would be the best way to protect their rights.

Today, we are marking the International Day Against Homophobia, Transphobia and Biphobia. On 17 May 1990 the World Health Organisation decided to remove homosexuality from the international classification of diseases. Today is a good occasion to remind to ourselves – and to the governments – that we must make further steps in building a society free of discrimination, embracing diverse sexual orientations and gender identities, and protecting the rights of all its citizens.

In 2021, the Serbian government requested from the Council of Europe an opinion on its draft law on same-sex unions. The Council of Europe’s experts welcomed the government’s initiative to reach the legal standards in the field of combating discrimination on grounds of sexual orientation and gender identity, as well as on the protection of social rights. By adopting a specific legal framework for same-sex couples, Serbia would make an important step towards equality standards, the Council of Europe analysis said. The Serbian institutions now can take forward this recommendation and put an extra effort into ensuring that same-sex union legislation in Serbia can be adopted soon. The Council of Europe and the European Union, thanks to their joint action for the “Promotion of equality and diversity in Serbia”, remain ready to support Serbia in this important endeavour.

In September this year, Belgrade will be the first Balkan city hosting the Europride. What better motivation can there be for finally writing into law the right of same-sex couples to have their relationship recognised, and their rights protected, like the rights of all other citizens of Serbia?