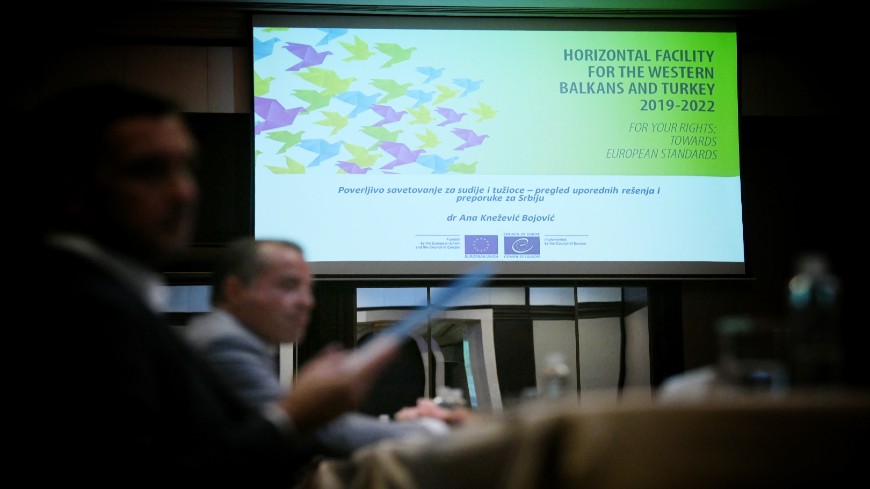 Members of the Ethics Committees of the Serbian High Judicial Council and the State Prosecutorial Council were presented with the Analysis of systems of confidential counselling on ethical matters for judges and for public prosecutors. The Analysis contains a set of recommendations for policymakers on steps to be taken to introduce confidential counselling into Serbian judiciary.

The Council of Europe Group of States against Corruption GRECO, in the 4th Evaluation Round which deals with corruption prevention in respect of members of parliament, judges and prosecutors, made a recommendation to Serbian authorities that confidential counselling within the judiciary be provided for all categories of judges and public prosecutors. In that sense, the joint European Union/Council of Europe action “Strengthening independence and accountability of the judiciary” has put on disposal to both Councils the comparative analysis which examines the confidential counselling systems in a number of Council of Europe member-states, and beyond, in the US and the countries of Latin America. Drafting of the Analysis also included interviews with relevant stakeholders, including professional associations of judges and public prosecutors.

The representatives of both Ethics Committees were impressed with the findings and agreed to formulate proposals for future steps to be taken by the High Judicial Council and the State Prosecutorial Council in order to ensure that confidential counselling on ethical matters becomes embedded in the Serbian judiciary. It was also agreed for these steps to be closely accompanied by the action.

The authors of the analysis are judge José Manuel Duro Mateus Cardoso of the Appellate Court in Lisbon, a team of experts of the Belgrade-based Institute for Comparative Law and Mirjana Dokmanovic, who provided advice on antidiscrimination measures to be considered.

The meeting was held under the action “Strengthening independence and accountability of the judiciary” which is part of the “Horizontal Facility for the Western Balkans and Turkey 2019-2022”, a co-operation initiative of the European Union and the Council of Europe, which aims at assisting beneficiaries in the Western Balkans region and Turkey to comply with the Council of Europe standards and European Union acquis in the framework of the enlargement process, where relevant. 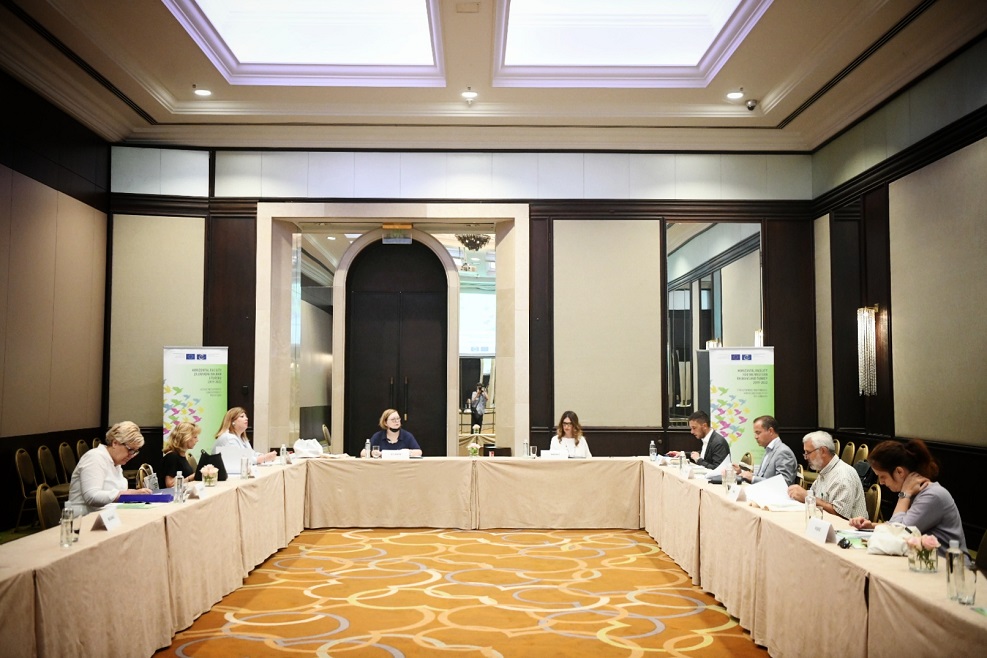