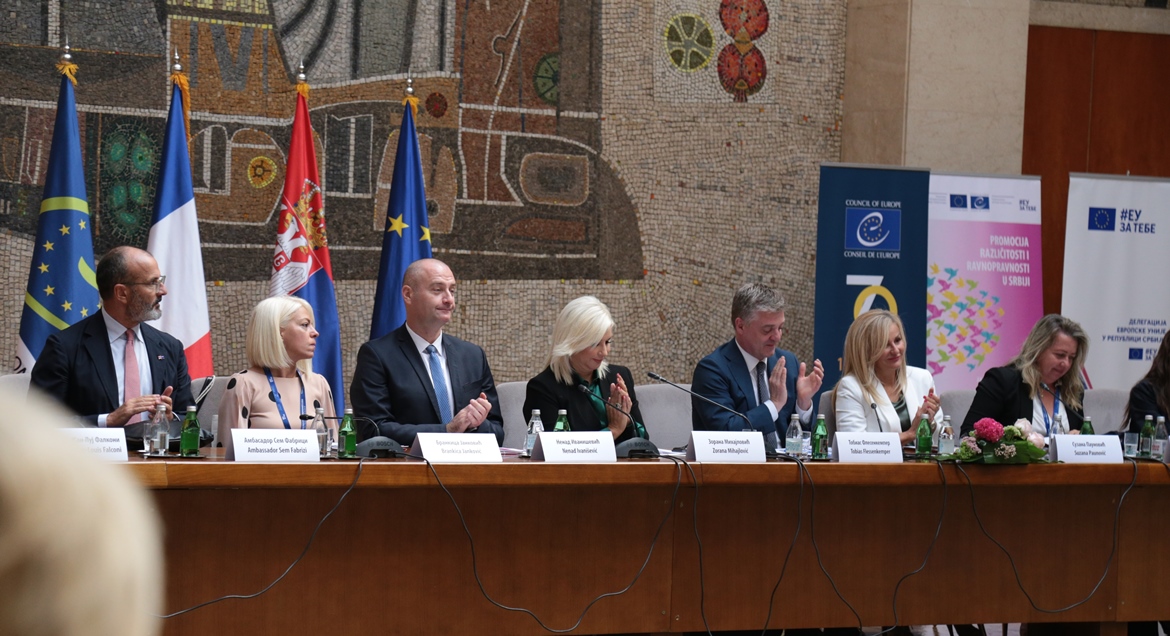 For the Government of Serbia, the process of EU integration remains a priority with an emphasis on the respect for human rights, rule of law and democracy. The Deputy Prime Minister Ms Zorana Mihajlovic highlighted that increase of intolerance among young people and violence in schools needs to be addressed by the joint efforts of the Government, independent bodies and civil society organisations. The Head of Government Office for Human and Minority Rights, Ms Suzana Paunovic, emphasised the importance of identifying and sharing good practices in addressing intolerance and promoting equality. In that context, the joint European Union and Council of Europe “Horizontal Facility for the Western Balkans and Turkey 2019 – 2022” was recognised as one of the instruments which should boost and facilitate the exchange of good practices among its Beneficiaries. 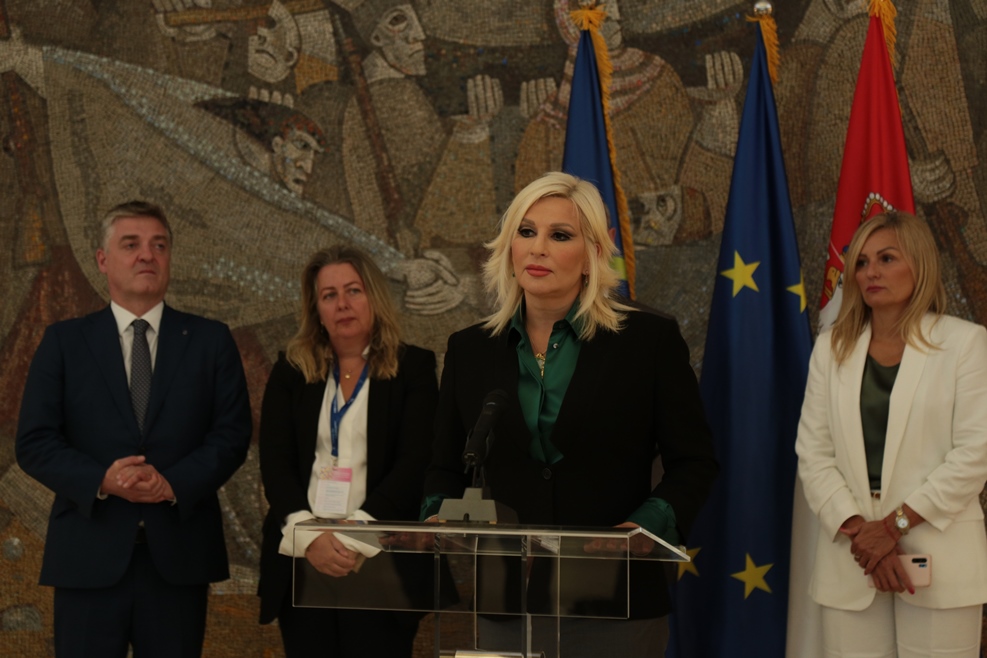 The Head of Council of Europe Office in Belgrade, Mr Tobias Flessenkemper, highlighted that bringing democratic and pluralist society and respecting equal dignity of all human beings remain the prime objectives for the European societies. Furthermore, he added that today’s gathering allowed to mark the 70th anniversary of the Council of Europe as well as 25 years of ECRI as well as the multiple efforts by the Serbian civil society. He concluded by underlining that Europe’s future demands from individuals and groups will address not only tolerance but also the will to act together, combining their diverse contributions.

The Head of Delegation of the European Union to Serbia, H.E. Ambassador Sem Fabrizi highlighted that intolerance and discrimination are a common challenge. They are widespread not only in Serbia, but in many countries of the world. The situation can be improved and changed only with a strong political will of the authorities to react to any form of intolerance promptly and adequately. In that way, a powerful message would be sent to those denying rights of all people, that such behaviour is not acceptable and would not go unpunished. He concluded by saying that tolerance and promotion of mutual respect and equality is not responsibility of authorities only – it is responsibility of every single citizen. Only joint efforts at all levels of society can bring the change and progress. Respect for human rights, democracy, equality, non-discrimination and tolerance are values on which the European Union is based on, said ambassador Fabrizi.

The Council of Europe has one of the most advanced judicial mechanisms to protect the rights of citizens in the world. Given that abuses against human rights are still widespread, the European Convention on Human Rights must be promoted and strengthened. This involves support to the European Court of Human Rights and better implementation of the Convention by each Member State. H.E. Ambassador Jean-Louis Falconi, Embassy of France in Serbia, highlighted that strengthening the rights of Europeans also means emphasising social rights and further linking them to the European Union law.

At her keynote speech, Vice-Chair of the European Commission Against Racism and Intolerance (ECRI) Ms Maria Daniella Marouda concluded that in order to effectively combat intolerance and promote equality more must be done to project a positive image of a diverse society and to explain better the advantages stemming therefrom. Openness and tolerance in a society can only be genuine if they are not limited to certain predefined groups but embrace everyone. All persons must be protected against discrimination including those not belonging to national minorities or other vulnerable groups. A fairer society, where respect for difference is acknowledged as normal, is of benefit to all individuals.