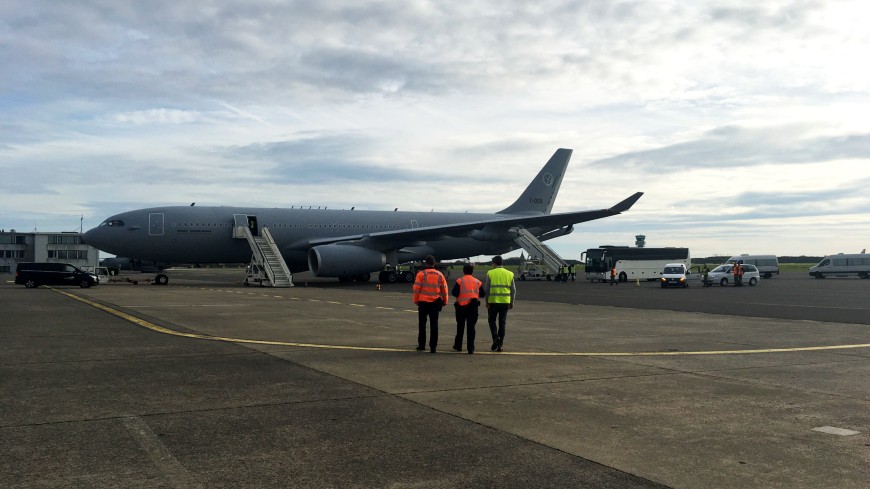 The main objective of the two ad hoc visits, to Belgium and Cyprus, was to examine the treatment and conditions of detention of foreign nationals deprived of their liberty under aliens legislation as well as the procedures and safeguards applied to them in the context of their removal. More specifically, the two delegations observed the preparations and conduct of a joint return operation (JRO) by air from Belgium to the Democratic Republic of the Congo (DRC), via Cyprus, that took place on 8 November 2022. The return flight was organised by Belgium, with the participation among others of Cyprus, and was supported by the European Border and Coast Guard Agency (Frontex).

To this end, a CPT delegation visited Belgium to observe the preparations at the "127 bis" Repatriation Centre (a detention centre pending removal) and the transfer of persons to Brussels’ military airport carried out by the Belgian Federal Police. It observed the boarding phase of all persons onto the military airplane, and subsequently monitored the flight to Kinshasa (DRC) with a stopover at Larnaca Airport (Cyprus). The handover of the Congolese nationals to the DRC authorities was also observed.

The delegation consisted of CPT members Jari Pirjola (Head of delegation) and Kristina Pardalos, who were supported by Sebastian Rietz and Kelly Sipp of the CPT Secretariat, and assisted by Cyrille Orizet, psychiatrist at the HEGP Hospital in Paris (expert).

The CPT delegation carrying out the visit to Cyprus examined the conditions of detention and the treatment of persons held in the Menoyia Detention Centre for foreign nationals. It also observed the transfer of persons to Larnaca Airport and their handover to the Cyprus Police in charge of boarding procedures for the flight to Kinshasa.

During the visit, the delegation held consultations with representatives of the Aliens and Migration Unit of the Cyprus Police, as well as with the CPT Liaison Officer from the Ministry of Justice and Public Order. It also met with the Commissioner for Administration and the Protection of Human Rights, Maria Stylianou-Lottides, and representatives of civil society in Cyprus.

The delegation was composed of CPT members Vincent Delbos (Head of delegation) and Marie Kmecová, who were supported by Marco Leidekker, Head of Division at the CPT's Secretariat, and assisted by Djordje Alempijević, Head of the Forensic Medicine Department at the University of Belgrade (expert).