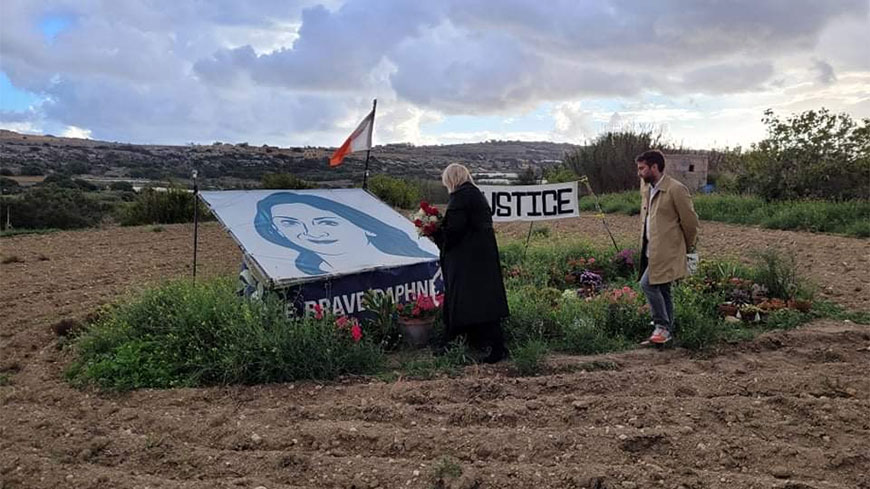 “Daphne Caruana Galizia was a courageous woman and a brilliant journalist. She used her skills to speak truth to power. She served the public good, believing in the power of journalism to build a more just society. Despite herself, she became the symbol of all the threats against journalists when she was brutally killed four years ago”, said today the Council of Europe Commissioner for Human Rights, Dunja Mijatović, paying tribute to the journalist.

“Since that tragic day of October 2017, some important steps were made to shed light on the circumstances of Daphne Caruana Galizia’s assassination. The public inquiry report into the state’s role, published in July, found the authorities responsible for failing to prevent her death and issued recommendations for a profound rule of law reform in Malta.

However, justice has not yet been rendered for Daphne Caruana Galizia’s death. Investigations into her killing are still on-going and despite some progress, full accountability has not yet been established. As the investigations continue, it is crucial that the Maltese authorities identify and prosecute all those responsible.

The rule of law must prevail over might. This means implementing long-due reforms and ensuring that no impunity is tolerated.

The murder of Daphne Caruana Galizia concerns us all. It represents a direct attack on democracy in Malta and beyond. Her memory can be honoured by delivering justice to her and her family, as well as to all journalists”.