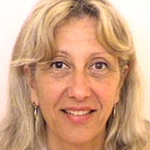 Director of Human Dignity, Equality and Governance, Council of Europe

Claudia Luciani is currently Director of Human Dignity, Equality and governance. Her responsibilities cover the implementation of the Istanbul and Anti-Trafficking conventions as well as of the gender equality strategy (2018-2023). Claudia’s work on governance focuses on the functioning of democratic institutions from election assistance, civil society participation and good governance principles. The World Forum for Democracy is how innovation in democracy helps us meet the current challenges. 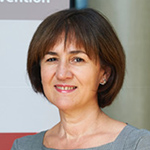 Liri Kopaçi-Di Michele is Head of Violence against Women Division and Executive Secretary of the monitoring mechanisms of the Council of Europe Convention on Preventing and Combating Violence against Women and Domestic Violence (Istanbul Convention). Her experience at the Council of Europe includes the development, promotion and implementation of Council of Europe standards, programmes and activities in the area of gender equality and women’s rights as well as advisory functions in the Private Office of the President of the Parliamentary Assembly and the Private Office of the Secretary and Deputy Secretary General of the Council of Europe. Ms Kopaçi-Di Michele graduated with an MSc. in Management from the University of Surrey in England and a BA in English Language from the University of Tirana in Albania.

Head of Operations Unit at European Gender Equality Institute, on women’s representation and participation in European politics and the economy

Thérèse Murphy is Head of Operations of the European Institute for Gender Equality (EIGE) since 2013. In this role, she is responsible for the strategic planning and coordination of the Research related work of the Institute. Previously, she has been involved with the pursuit of Gender Equality as a Trade Union Representative for more than 20 years. Formerly as Equality Of cer for the ESB Of cers Association (an Energy Utility), she held the position of Secretary and Deputy Chairperson of the Irish Congress of Trade Unions Women’s Committee, Chairperson of the National Women’s Council of Ireland, Board member of the Equality Authority of Ireland, Vice President of the European Women’s Lobby and latterly President of the Energy Services Union of Ireland, during which time she was Chairperson of the ESB Group of Unions. Prior to leading the DAPA unit, she was the Senior Adviser to the Secretary-General of International IDEA. Prior to joining International IDEA, Silva-Leander worked for 10 years as a Social Development Specialist at the World Bank in Washington DC, in Indonesia and in Cambodia. During that time, she conducted analytical work and managed projects on civic engagement and participation, social accountability in governance and service delivery contexts, community-driven development, poverty reduction with marginalized groups and in social protection and public health. She has also done various assignments for UN institutions, including UNICEF and UNDP. Prior to the World Bank, Silva-Leander worked as a Programme Manager at the AVINA Foundation’s regional office in Costa Rica. She has experience from working in Latin America, South and South-East Asia and Africa. Her research has focused on civic engagement in governance and democratization processes, civil society participation in anti-corruption reform, and social development. Her doctoral thesis analyzed the role of non governmental organizations in anti-corruption reform in Indonesia. She holds a PhD from the London School of Economics, and Master’s degrees from the University of Oxford and University of Sussex. Annika is a Swedish and French citizen. 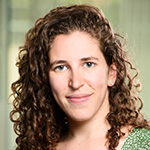 Laura Silver is a senior researcher at Pew Research Center and an expert in international survey research. Prior to joining Pew Research Center, she was a foreign affairs research analyst at the U.S. Department of State in the Office of Opinion Research focused on East Asia. She received a dual Ph.D. from the Annenberg School for Communication and the political science department at the University of Pennsylvania. Her work has been published in journals such as the International Journal of Public Opinion Research and International Studies Quarterly.

Theme: the state of public opinion towards gender equality and democracy worldwide