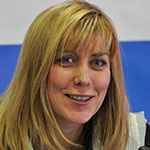 Marko chairs the Advisory Council on Youth, coordinating the work of 30 youth representatives in the field of youth policy, youth and human rights, participation, peace building and global cooperation. His earlier work for the Advisory Council was focused on the education issues as well as cooperation between the Council of Europe and the Russian Federation.  Marko joined the Advisory Council as former president of European Students' Forum / AEGEE-Europe, representing voice of students towards the main European and international institutions. His experience is based on development of policies and lobbying for student rights, particularly in the field of active citizenship, youth participation, human rights and education with a focus on non-formal education. 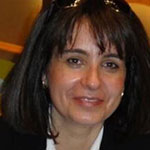 Formerly a diplomat with the Romanian Foreign Ministry, Ms. Filip served in various positions including Ministry Spokesperson and Ambassador, Permanent Representative of Romania to the UN in Geneva until 2003, when she joined the Inter-Parliamentary Union (IPU). As IPU Permanent Observer to the United Nations, she played a key role in enhancing the parliamentary dimension to the work of the UN and forging a more robust interaction between the UN system, parliaments and the IPU. In her current position as Director for Member Parliaments and External Relations, she has been closely involved in the design and implementation of IPU’s Strategy for better parliaments and stronger democracies. Ms. Filip is also a Councillor of the World Future Council. 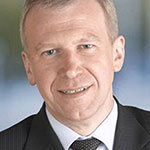 Prior to International IDEA, Yves Leterme served as Prime Minister of Belgium from 2007 to 2011. Belgium held the Presidency of the European Union during Leterme’s tenure as Prime Minister. He then served as Deputy Secretary General of the Organization for Economic Co-operation and Development (OECD) in Paris from 2011 to 2014. Before serving as Prime Minister, Leterme held a variety of political posts in Belgium. After starting his career as an Alderman in his home town of Ypres, he became a Member of Parliament in the Chamber of Representatives and served as Chairman of his party CD&V. He also held various Minister posts, such as that of the Minister of Foreign Affairs. Leterme has also worked, inter alia, as a deputy auditor at the Belgian Court of Audit and as an administrator at the European Parliament. 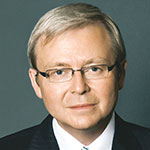 Kevin Rudd served as Australia’s 26th Prime Minister between 2007-2010 and subsequently as Australia’s Foreign Minister from 2010 until 2012. Mr Rudd is internationally recognised as one of the founders of the G20, the premier global economic decision-making institution. He is recognised as a major driving force behind the 2010 decision to expand the East Asia Summit to include the United States in this important regional institution. Mr Rudd remains engaged in major international challenges including global economic management, the rise of China, and the global challenge of sustainable development. He was a co-author of the 2012 report of the United Nations Secretary General’s High Level Panel on Global Sustainability – “Resilient People, Resilient Planet”. Nationally, he remains deeply engaged on the questions of Australia’s strategic and economic future in Asia, aboriginal reconciliation, the teaching of Asian languages, homelessness and organ donation. 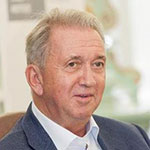 Mr. Rød-Larsen began his career as an academic, teaching sociology, political science, and philosophy at the Universities of Bergen and Oslo, before establishing the Fafo Institute for Applied Sciences in Oslo in 1981. In 1996, Mr. Rød-Larsen became Norwegian Deputy Prime Minister and Minister for Planning and Cooperation, before rejoining the United Nations, holding various diplomatic functions. As Director of Fafo, Mr. Rød-Larsen closely involved in the establishment of a secret channel for negotiations between the PLO and the government of Israel, that led to the Oslo Accords. From 1999 to December 2004, he served as UN Special Coordinator for the Middle East Peace Process and Personal Representative of the Secretary-General to the Palestine Liberation Organization and the Palestinian Authority, holding the rank of Under-Secretary-General. He is President of the International Peace Institute since 2005. 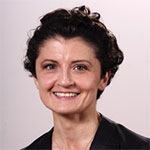 Minister of Justice of Republic of Georgia

Ms Tsulukiani was appointed as Minister of Justice of Georgia in 2012. In 2010, she joined the political party of Free Democrats as the party chairperson's adviser on human rights, and was later appointed as a deputy chairperson of the party. From 1997 to 1998, she worked for the Foreign Policy Research and Analysis Center at Ministry of Foreign Affairs of Georgia. In 1998, she successfully passed the competitive examination for the National School of Administration - École Nationale d'Administration (ENA). During her studies at ENA, she worked for the Cabinet of Prefect of the Department of Sarthe, (Western France) on the issues with regard to defense public order in the problematic areas of the city and those of coordination of the activities of government bodies at a local level. Between 2000 and 2010, she worked as a permanent civil servant of the Council of Europe and was employed by the European Court of Human Rights in Strasbourg (ECHR) as a lawyer.