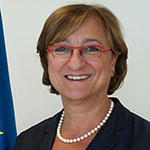 Deputy Secretary General of the Council of Europe

Mrs Battaini-Dragoni has served as the Council of Europe’s Deputy Secretary General since 2012 and was re-elected in June 2015. She oversees the implementation of the Secretary General’s reform agenda, in line with the decisions and priorities of the Committee of Ministers. Her priorities include shaping the Programme and Budget to guarantee member States value for money, while ensuring that the Organisation’s activities have maximum impact in advancing democracy, human rights and the rule of law. She also oversees the Council of Europe’s staff policy. 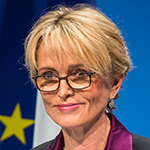 Vice-President of the Chirac Foundation

After having worked for Euro RSCG, an advertising agency, Claude Chirac directed the communication of the candidate CHIRAC for the 1995 presidential election campaign. She became "Communication, Press and Opinion Advisor" to President Jacques Chirac during his 2 mandates. In 2007, she was appointed Head of Communications for the luxury group KERING. In 2012 she joined the Board of Directors of the CHIRAC Foundation and became its Vice-President. Farrah Khan has spent two decades raising awareness about the intersections of gender-based violence and equity through art creation, education, counselling and advocacy. Farrah is Co-Chair of the Provincial Roundtable on Violence Against Women, co-founder of innovative community projects including Use The Right Words: Media Reporting on Sexual Violence and host of the upcoming podcast Pleasure Principle. She regularly contributes to national media with her expertise in addressing gender based violence. Farrah is the recipient of the numerous awards including the Toronto Community Foundation’s Vital People Award. 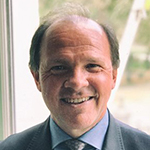