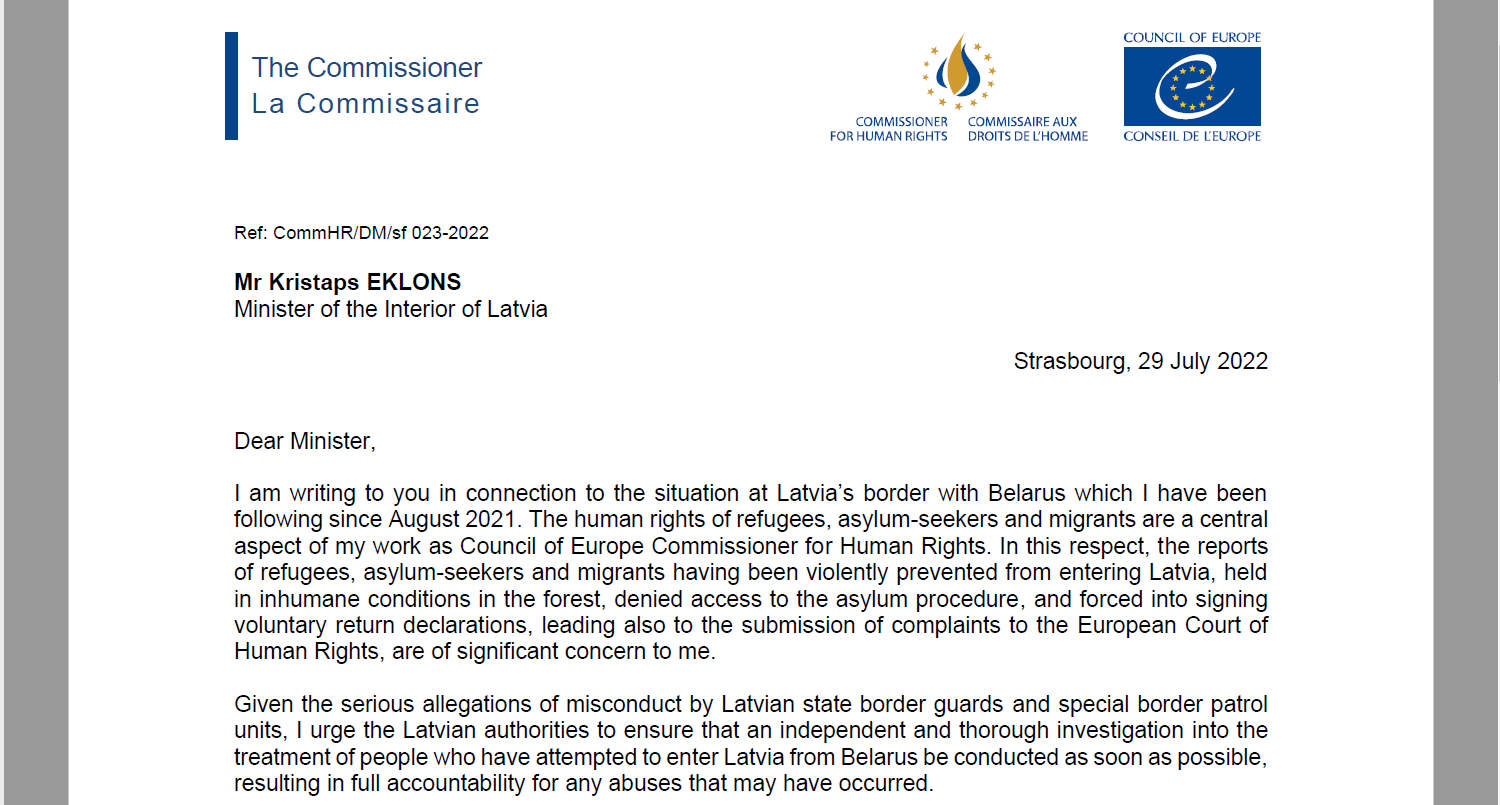 In a letter addressed to the Latvian Minister of the Interior published today, Commissioner Mijatović expresses her concern about the reports of refugees, asylum-seekers and migrants having been violently prevented from entering Latvia from Belarus, held in inhumane conditions in the forest, denied access to the asylum procedure, and forced into signing voluntary return declarations.

Given the seriousness of the allegations of misconduct by Latvian state border guards and special border patrol units, she urges the Latvian authorities to ensure that an independent and thorough investigation be conducted as soon as possible, resulting in full accountability for any abuses that may have occurred.

“I further call on the Latvian authorities to guarantee full access to the border area by representatives of civil society, relevant international organisations, such as the UNHCR, and the media to ensure that adequate humanitarian assistance and legal aid can be provided to all people in need of help” writes the Commissioner. She stresses that, while Latvia faces significant challenges in relation to irregular border crossings, it remains bound to protect its borders in a manner that fully complies with its obligations under the European Convention on Human Rights.