Justice for victims of missile attacks on Ukraine’s civilian population 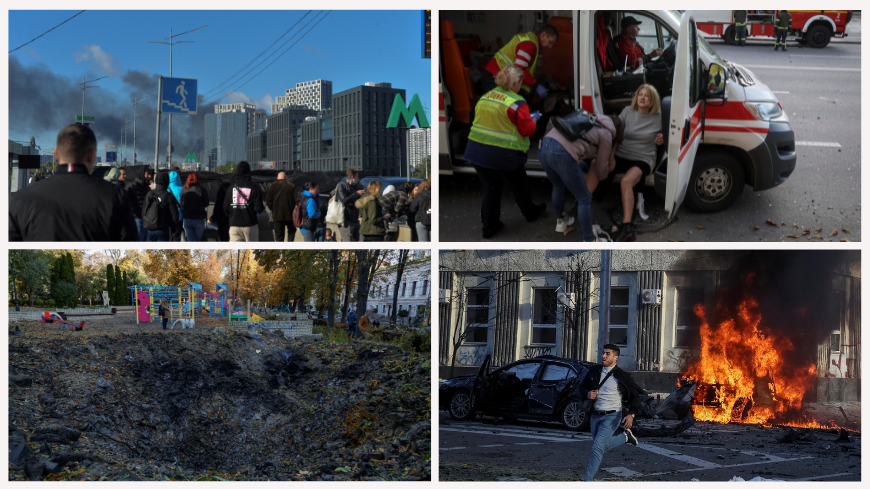 The deadly hail of missiles and rockets that rained on Kyiv, Zaporizhzhia, Dnipro and dozens of other cities in Ukraine this morning and yesterday is a stark reminder of the Russian regime’s utter disdain for human suffering in the pursuance of its aggression against Ukraine. Many lives were lost and many people were injured, as shown by today’s footage of civilians, including women, children and elderly, covered in blood. Some of the attacks which targeted residential areas and city centres appear to have occurred during early morning hours or during rush hour, striking civilians in their homes or during their daily commute. In other places, Russian bombardment reportedly targeted electricity infrastructure in an attempt to cut off electricity supply to residents.

For many months now, inherently indiscriminate attacks against densely populated urban areas, such as the ones carried out today, have been the grim reality of Russia’s warfare in Ukraine. These attacks have routinely struck civilian infrastructure, including residential neighbourhoods, apartment blocks, hospitals, schools, parks, and children’s playgrounds, killing or injuring thousands of people. Their widespread character, along with the apparent lack of precautionary measures, strongly suggests that they may be qualified as war crimes or crimes against humanity, as I observed in my memorandum on the human rights consequences of the war in Ukraine, published in July.

This tremendous human suffering has to stop. As the Russian leadership today brazenly threatens Ukraine with more strikes, my thoughts go to all the victims affected by this blind and ruthless violence. I reiterate my call for all those responsible for serious human rights violations to be held accountable as soon as possible.