Via Romea Germanica certified “Cultural Route of the Council of Europe” 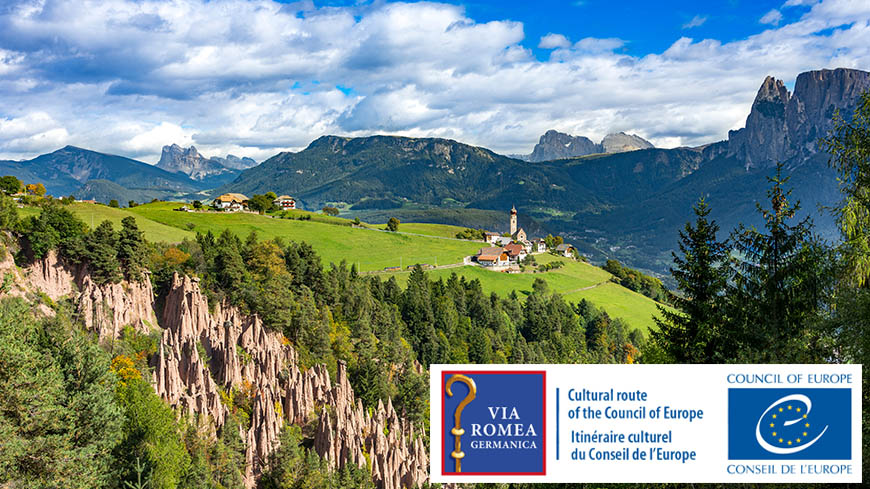 Ritten/Renon along the Via Romea Germanica, in Italy. ©Frank Lambert/Shutterstock

On 7-8 October, the Governing Board of the Enlarged Partial Agreement on Cultural Routes of the Council of Europe (EPA) approved the certification of the Via Romea Germanica, bringing the programme to 40 certified Cultural Routes.

The Via Romea Germanica is an international pilgrimage route which stretches from the German city of Stade to Rome, running almost 2,200 kilometres, and passing through 3 countries: Germany, Austria and Italy.

The route is based on a journey described by the 12th-century Abbot Albert from Stade. In his Annales, the monk describes the best pilgrimage routes for northern travellers to Rome, with information on various paths including places and distances to be covered, or conditions of the roads.

Today, the Via Romea Germanica is a bridge between the North and the South of Europe and promotes a journey to rediscover Europe's roots and to reencounter and understand the different cultures that build our common identity. It is first of all a route of dialogue between European peoples and faiths, linking together two main European cultural identities: the Germanic identity in the North and Central Europe and Italic identity in the South. It fully involves the Catholic belief and the Lutheran faith in a cultural and tourism cooperation project.

Find out more on the Via Romea Germanica, Cultural Route of the Council of Europe, at www.viaromeagermanica.eu.