Plenary Session 3 - Is Populism a problem? 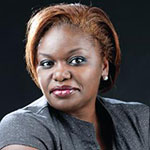 Uduak Amimo is a broadcast journalist, journalism trainer and communication consultant. She is currently the host of Cheche, a weekly, current affairs talk show that airs on Kenya’s leading television station, Citizen TV. She is also the founder of Ramani Life Group, a charity that offers career guidance to students in low-income secondary schools. Uduak’s career in journalism started in 1997 and includes roles across radio and television with Reuters Television, the Voice of America and the BBC World Service. She has worked in Kenya, the US, the UK, Ghana, Ethiopia and Nigeria. She was one of the moderators of Kenya’s first, live, televised presidential debates. 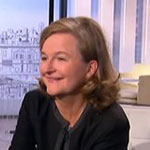 Nathalie Loiseau is a French diplomat and academic administrator. She was the director of the École nationale d'administration (ENA) from 2012 to 2017. Loiseau joined the French foreign service in 1986. She served as a diplomat in Indonesia from 1990 to 1992. She was an advisor to Foreign Minister Alain Juppé in 1993-1995. She later served diplomatic missions in Dakar, Senegal and Rabat, Morocco. She served as the Communications Director at the Embassy of France, Washington, D.C. from 2002 to 2007. She was the head of Human Resources at the Ministry of Foreign Affairs from 2009 to 2011, and as its chief of staff from 2011 to 2012. Loiseau was the director of the École nationale d'administration (ENA) between 2012 and 2017. On 21 June 2017, she succeeded Marielle de Sarnez as the French Minister for European Affairs. 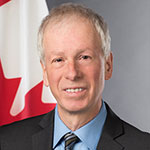 Prime Minister's Special Envoy for the EU and Europe

Prior to his appointment, M. Dion was Canada’s Minister of Foreign Affairs from November 2015 until January 2017, where he championed Canadian leadership in the world on crucial global interests including promotion of universal human rights, peace and stability efforts, the global climate challenge and Canada’s commitment to multilateralism. He was previously Minister of the Environment from 2004 to 2005, when he secured what is praised as one of the greenest budgets in the history of Canada and, in 2005, chaired the United Nations Conference on Climate Change (COP11/MOP1) where he reconciled the diverging interests of member countries so that decisions could be taken to effectively implement the Kyoto Protocol. 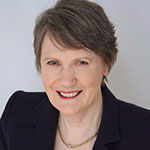 Helen Clark is the Administrator of the UN Development Programme (UNDP) and the former Prime Minister of New Zealand. She is the first woman to lead the UNDP and is also the chair of the UN Development Group. As Prime Minister, she was also a member of the Council of Women World Leaders and advocated strongly for New Zealand’s comprehensive program for sustainability and for tackling the problems of climate change. Prior to becoming Prime Minister, Clark had an extensive parliamentary and ministerial career. She was first elected to parliament in 1981 and chaired that body’s foreign affairs committee. Prior to entering parliament, she taught in the Political Studies Department of the University of Auckland. 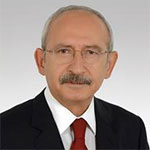 Leader of the Republican People’s party

Kemal Kılıçdaroğlu is a social democrat. He is leader of the secularist CHP ("Republican People's Party") and has been Leader of the Main Opposition in Turkey since 2010. He served as a Member of Parliament for İstanbul's second electoral district from 2002 to 2015 and as an MP for İzmir's second electoral district as of 7 June 2015. Before entering politics, Kılıçdaroğlu was a civil servant and served as the President of the Social Insurance Institution (SSK) from 1992 to 1996 and again from 1997 to 1999. In 2017, he rallied more than 40.000 people with his “long walk for justice” from Ankara to Istanbul.