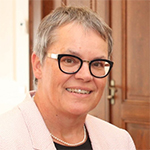 Liliane Maury Pasquier is a Swiss politician, member of the Social Democratic Party of Switzerland, elected to the Swiss Council of States for the canton of Geneva in 2007, and is currently a member of a delegation that cooperates with the French parliament to foster cooperation between the countries. In June 2018 she was elected as the President of the Parliamentary Assembly of the Council of Europe. 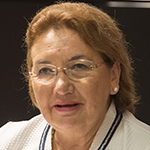 President of GREVIO, Council of Europe Convention on Preventing and Combating Violence against Women and Domestic Violence (Istanbul Convention) 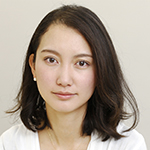 Shiori Ito is a journalist, documentary film maker. Her main focus is gender based, human rights issues. At the 2018 New York Festivals, Shiori won a silver award for the film she directed, Lonely Death in the Social Issues category. Her non-fiction book on her own rape experience and Japan's sexual violence, Black Box (2017) won the 7th FPAJ’s (Free Press Association of Japan). The Best Journalism Award in 2018. Black box is now available in Japanese, Korean and soon will be in French, Swedish and Chinese. 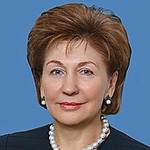 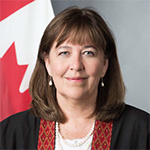 Ms Rosemary McCarney, (BA, LLB, MBA) is an award‐winning humanitarian, a business leader, an author, a recognized public speaker and an expert on international economic development. She worked with the World Bank, the International Finance Corporation, USAID and the Canadian International Development Agency, as well as with foreign governments and UN bodies. She was appointed to the position of Canadian Ambassador and Permanent Representative to the United Nations and the Conference on Disarmament in Geneva in 2015. Ms McCarney has appeared regularly on national and international radio and television programmes. She has also written a series of children’s books on social and rights issues affecting children around the world, including in Canada; the first book, Every Day is Malala Day (published by Second Story Press, March 2014), is available in 12 languages in 20 countries. Her fourth book, The Way to School was published in September 2015.