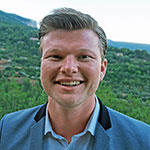 Sven Van Vliet is Regional Director of LingoFacto-Smart Business Language in Lyon, France. For the past 6 years, he has been helping business professionals to improve their communication skills, develop their sales techniques, and enter into new markets. He works in a wide variety of industries with numerous businesses throughout countries such as the U.S., the U.K., France, Germany, and the UAE. Sven holds a double bachelor’s degree from Oregon State University in Business Management and International Business. He is also a part-time professor of Public Speaking and Communications at IAE University in Lyon. 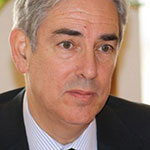 President and CEO of Unidad Editorial

Mr. Antonio Fernández-Galiano Campos serves as the President and CEO of Unidad Editorial, a company belonging to the RCS MediaGroup S.p.A. He has been a member of the board of RCS Quotidiani as well as the President of the Spanish Association of Newspapers. He joined the Unedisa business team, an editorial company of the newspaper El Mundo, where he became Managing Director in the early 1990s. As president, he also participated in the creation of the Telecommunications Operator Sky Point. In 2005 he was appointed CEO of Unedisa. As CEO of the company, the purchase and merger of the Recoletos Group was completed, resulting in Unidad Editorial Group. His role as an entrepreneur is not summarized in the Unidad Editorial Group, Antonio Fernández-Galiano has held numerous management positions in and outside the Group. 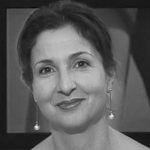 Maria Maggiore studied international law in Palermo and European journalism in Strasbourg. For 19 years she has reported on European issues from Brussels, amongst others for the daily newspaper La Stampa, for Italian Radio Popolare and for the TV-channel Euronews. In 2008 she launched, with a group of friends, the first European Parliament web TV, and for eight years she was its deputy editor-in-chief, in charge of TV reports from all of Europe. Maria now lives in Turin, preparing enquiries for Investigate-Europe, a consortium of nine journalists in eight European countries, a new experience of crossborder journalism, totally independent, financed by many Foundations who believe in free journalism. 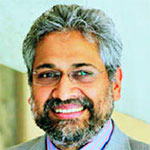 Founding Editor of The Wire

Siddharth Varadarajan is a Founding Editor of The Wire. He was earlier the Editor of The Hindu and is a recipient of the Ramnath Goenka Award for Journalist of the Year. He has taught Economics at New York University and Journalism at the University of California, Berkeley, besides working at the Times of India and the Centre for Public Affairs and Critical Theory, Shiv Nadar University. 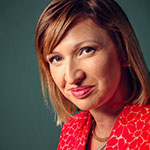 Jeta Xharra is the co-founder and Kosovo director of the Balkan Investigative Reporting Network (BIRN). She is also the leading anchor and editor of Life in Kosovo, the most-watched current affairs program broadcasted in prime-time on the Kosovar public TV station RTK. She began her career in journalism as fixer and local producer for BBC News and Channel 4 in 1998 and later became the manager of the BBC Kosovo Bureau. In 1999, she worked for BBC News in Albania and the former Yugoslav Republic of Macedonia and in 2003 she opened the office for the Institute for War and Peace Reporting in Kosovo. Xharra has published articles in British newspapers such as the The Independent, the Economist, Sunday Telegraph and Jane's Intelligence Review. In 2012 Xharra won the SEEMO Award for Better Understanding in South East Europe.

* All references to Kosovo, whether the territory, institutions or population, in this text shall be understood in full compliance with United Nation's Security Council Resolution 1244 and without prejudice to the status of Kosovo.