President of the Parliamentary Assembly, Council of Europe

Stella Kyriakides is  the 30th President of PACE since 1949, the first Cypriot, and the third woman to take up the post. Born on 10 March 1956 in Nicosia, Cyprus, she studied psychology at Reading and Manchester Universities. At the Cypriot Ministry of Health, she was in charge of Child and Adolescent Psychiatry from 1979-2006. She was elected to the Parliament of Cyprus in 2006, where she is a member of the Committee on Health Affairs and of the Committee on Foreign and European Affairs and Vice-President of the Democratic Rally Party. President of the First Breast Cancer Movement in Cyprus in 1999, she was appointed by the Ministerial Council as President of the National Committee on Cancer Strategy in 2016. 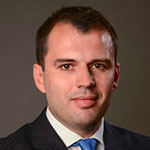 Former Minister of Energy, Mining and Industry of the Federation of Bosnia and Herzegovina

Reuf Bajrovic is a former Minister of Energy in the Federation of Bosnia and Herzegovina government. Previously, he founded and served as president of the Washington-based civic advocacy group, the Emerging Democracies Institute. He founded the Civic Alliance party in Bosnia Herzegovina. He holds an MA in Democracy and Human Rights and an MA in Governance and Policy of European Integration, both from University of Bologna. He holds a BA in political science from University of Louisville. 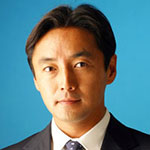 Member of the House of Representatives, Liberal Democratic Party of Japan

Gotoda  Masazumi is a Japanese politician of the Liberal Democratic Party, a member of the House of Representatives in the Diet (national legislature). A native of Oe District, Tokushima and graduate of Keio University, he worked at Mitsubishi Corporation from 1993 to 1998. He was elected for the first time in 2000. He is the Chief Secretaryof the Japan-EU Interparliamentary League of Friendship. Founder of the Mexican Pirate Par

Antonio Martinez is a lawyer and a journalist. Currently he is Executive Director of Horizontal, an independent media and think tank based in Mexico City. Horizontal is a multipurpose project that include a media platform and a research division focus on gender, race, class and digital rights intersections. Since a decade, Antonio is focused in enabling political participation through digital tools. He founded the “Mexican Pirate Party” that promoted a deep intellectual property reform. He cofounded the collective Open ACTA that stop ACTA treaty in Mexico. As a Journalist, Antonio Martínez has published in The New York Times, Foreign Affairs Latinamerica, RollingStone magazine, El Universal, Gatopardo, Animal Político and Reforma. He coauthored the books: Pensar Internet (“Thinking Internet”), 2017; Recuperar la política (“Recover politics”), 2017; CiudadanosMX: Twitter y el cambio politico en México (“CiudadanosMX: Twitter and political change in Mexcio”), 2011. 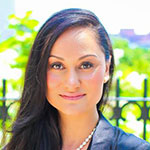 Carmen Perez’ most recent work is her role as the National Co-Chair of the Women’s March on Washington, drew over 5 million people across the globe who marched in resistance of hatred and bigotry, affirming women of all identities’ rights as human beings. Carmen received the Justice, Peace, and Freedom Award at the 2016 AFL-CIO Dr. Martin Luther King Jr. Civil and Human Rights Awards and has been a featured speaker at Harvard University, Columbia University, and the University of California - Santa Cruz. In 2017 Carmen was named one of Fortune’s Top 50 World Leaders and one of TIME’s most influential people. She has dedicated 20 years to advocating for many of today's important civil rights issues, including mass incarceration, gender equity, violence prevention, racial healing and community policing.