You were redirected to https://www.coe.int/en/web/world-forum-democracy/lab-9-local-journalism-at-the-frontline-of-the-information .

LAB 9 - Local journalism - at the frontline of the information

Sponsored by the Congress of Local and Regional Authorities

Local media is a vital factor in building communities, making people aware, informing and engaging them. It serves as a crucial level lever for social change in the actions and everyday city life. However, as the role that local media keeps getting more important, the issues they face increase, and their identity and role starts to shatter. What is their role in the digital era? How should they be supported and promoted?

Local investigation in the service of citizenship and democracy, Médiacités, France

Mediacités raison d'être is to investigate all the facts that thwart or devalue democracy. The objective is to reconnect with the fundamentals of journalism by exercising the role as a counterpower. This may involve revealing illegal or immoral practices of certain decision-makers or revealing complex metropolitan issues with a strong educational will. We seek to do this by involving our readers in the conduct of our surveys and by being transparent about how we operate (an open access section is dedicated to our backstage) or about the difficulties encountered during our investigations. 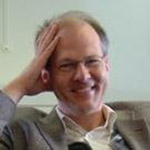 Le Drenche is a newspaper, which for each current issue, offers readers:

Two impacts are being sought: 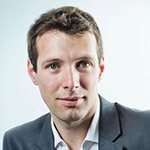 Florent Guignard is 31 years-old entrepreneur, with a scientific background. He started to work as an engineer specialized in energy and environment, before starting to be an activist in French civic tech and democratic innovation. Always fascinated by debates and media, he created with Antoine Dujardin a civic newspaper called Le Drenche. Le Drenche is the first debate newspaper offering to every citizen two opposing argumentations to help them make their very own opinion and escape their filter bubbles, as well as tools and ways to become an active citizen. 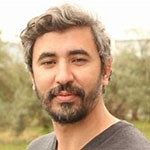 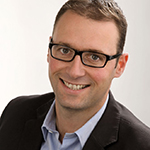 In addition to being active in the local political life since 2006, Jean-Paul Bastin has diplomas in both journalism and political sciences which allow him to understand the role of a journalist in society. As a former media worker, he knows the difficulty encountered by journalists especially in the new digital age where all information is disseminated, sometimes without a “journalistic filter”. And as an elected representative of a municipality “far from the decision center (Brussels)”, he recognizes the pressure put on journalists to cover all topical issues while being subjected to work in an increasingly precarious professional situation. 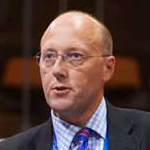 Andrew Dawson wears several hats: father, husband, lawyer and city councilor. As an elected representative, he is very keen on promoting public ethics and is not afraid to confront his peers regarding their public expenses. As a Congress member, Andrew Dawson participated in missions to observe local elections, especially the re-run for the Istanbul mayor office durng which he stressed in particular that in order to have democratic elections, we need freedom of expression and free press. 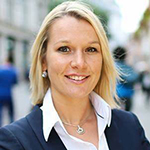 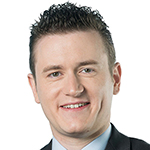 Member of the Parliamentary Assembly of the Council of Europe 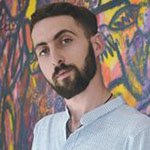 Aren Melikyan is a multimedia journalist. He studied journalism  at the Yerevan State University, then worked as a TV reporter at the Public Television of Armenia. Currently he is employed as a media monitor and researcher for the "Union of informed citizens" NGO. Melikyan also works as a multimedia journalist for a number of regional media platforms, such as Chai-Khana.org. He is focused on documentaries and storytelling and interested in media studies.