LAB 6 - How to create safe spaces in cyberspace?

The digital space holds the promise of achieving stronger and more diverse citizen participation in politics. Despite existing data gaps, there is a growing evidence of the need to regulate misogynistic behavior online. What are women’s experiences on the internet? How does violence against women in the cyberspace impact their personal and professional development? What are ways to render the cyberspace more accepting of diversity? Can we get rid of sexist online hate speech? Should women create more safe spaces to avoid misogynistic behavior online? 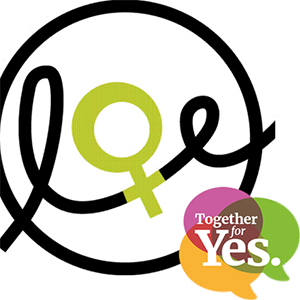 The rise of online violence against women and girls (VAWG) has denied women autonomy over their own bodies and voices in cyberspaces, causing not only severe social implications on their online and offline lives but also on their financial resources. Online VAWG often also has lifelong consequences in terms of mental and physical health and well-being. #HerNetHerRights I was a six-month project led by the European Women’s Lobby (EWL) to analyse the current state of online VAWG in Europe and to create a safer, more inclusive web for all women and girls. In 2018 and 2019 in the run up to the European Elections, ‘#HerNetHerRights II: Prevent, Protect, Promote’ will have a focus on supporting female candidates for the 2019 EP election, recognising both the need for more women in political leadership, and the prevalence of women politicians being targeted online with the aim of silencing their voices. 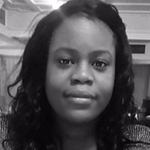 Asha Allen is a Policy and Campaigns Officer at the European Women’s Lobby, specialising in advocacy and campaigns on violence against women and more concretely, on the Council of European Convention on Preventing and Combatting Violence against Women and Domestic Violence. Asha also coordinates all work on Cyber Violence and in her spare time is a researcher for the European Network of Migrant Women, conducting qualitative analysis on human trafficking into Europe. 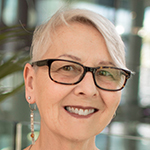 Karen Ross PhD is Professor of Gender and Media, Newcastle University, UK. Her teaching and research are focused on the inter-relationships between gender and representation, and especially the gendered aspects of political communication. She has published numerous papers and books on these topics including Gender, Politics and News (2017, Wiley-Blackwell); Gender Equality and the Media: A Challenge for Europe (edited w Claudia Padovani, 2016, Routledge/ECREA); and A Handbook of Gender, Sex and Media (2012, Wiley), She is currently principal investigator on an EU-funded project on Advancing Gender Equality in the Media (207-2019) and is working with colleagues in the UK and New Zealand on the gendered dimensions of politicians’ Twitter behaviour during general election campaigns. 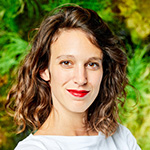 Chiara leads Google's policy work on AI, cloud and emerging technologies in Brussels. She was previously a consultant on public affairs and communications at Brunswick Group. In her six years in Brussels, she worked on a broad range of issues - from EU tech policy to agriculture. 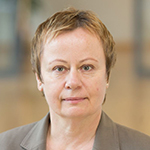 Ambassador, Permanent Representation of the Republic of Lithuania to the Council of Europe 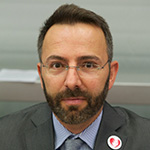 Secretariat of the Parliamentary Assembly, Committee on Equality and Non-Discrimination