LAB 4 - Eradicating sexism and violence in political institutions: a matter of time, or design?

Political institutions were designed and have evolved in a time when demands for gender equality were little understood. Delegates in parliaments around the world testify of sexist behavior in political institutions. What are the root causes? How can this be stopped and how can institutions be designed in a way that ensures parity in decision-making and stops discrimination against women?

Addressing sexism, harassment and violence against women in parliaments in Europe, Parliamentary Assembly of the Council of Europe / Inter-Parliamentary Union

The IPU and PACE are carrying out a joint survey on sexism, harassment and violence against women in parliaments in Europe. This study aims at identifying, documenting and defining the problem as it is experienced by both female members of parliament and female parliamentary staff. It will contribute to raising awareness on the need to address this issue and present concrete measures taken by parliaments to ensure that they are respectful, safe and free from gender-based violence. The lab will provide a forum for discussion on the need to prevent violence against women in parliaments and actions which can be taken to this end. The lab represents an opportunity to present the results of the PACE-IPU study and to discuss steps to be taken to protect more women from gender-based violence. 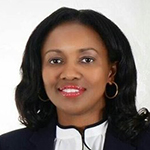 President of the Parliamentarian Women’s Bureau of the IPU

Susan Kihika, is a Kenyan lawyer and politician, who is the current elected Senator for Nakuru County. She was elected to that position in 2017. Prior to that, she served as the first female elected speaker of Nakuru County Assembly. Susan Kihika is also the President of the Bureau of Women Parliamentarians. 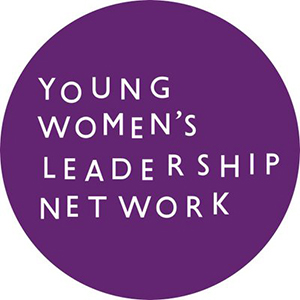 Arezoo Najibzadeh is a leading voice for women's civic and political participation in Canada. In her role as the Co-founder of Young Women’s Leadership Network, she works with young women leaders and civic institutions to identify and address barriers to young women’s engagement and success within grassroots and institutional politics, namely gender-based violence. As an advocate for democratic reform and active citizen participation in decision-making, Arezoo has worked on topics such as electoral reform, equity and inclusion, and youth empowerment. She is regularly consulted by political and civic institutions on issues impacting young women and girls in Canada and globally.

The Syrian Women League (SWL) is a democratic, feminist, non-governmental organisation, established in 1948, and striving to achieve its vision and goals in a secular democratic Syrian state that is based on equality between citizens, women and men; societal peace; full equality between women and men in their human rights; the abolishment of all kinds of gender based discrimination and violence; and observing the principles of human rights, rule of law, and sustainable peace. The “Justice for all” -initiative aims to ensure the rights of Syrian women to participate in the discussion and adoption of transitional justice programs in Syria and to integrate the gender dimension into the mechanisms to be selected after national consultations. The main goal of this initiative is to enable a group of Syrian activists to recognise the concept of engendering transitional justice mechanisms in the context of democratic transition in Syria.

Sawsan Zakzak, 57 years, Bachelor degree in Arabic Literature, has joined SWL since 1990. She worked as a member in the Research team of SWL that research several topics related to Syria (Unpaid Job of Women, GBV in the Armed Conflict) . Sawsan was Gender Sector Coordinator in the National Agenda for Future of Syria. In 2017, She was elected as General Secretary for Syrian Women for Peace and Democracy Initiative. Later, she was elected as the General Coordinator for the Syrian Women Gathering for Democracy. She is now a member in the Women Advisory Council since 2016. 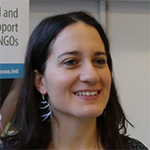 Gender Equality Rapporteur for the Youth sector and member of the Advisory Council on Youth, Council of Europe

Alice, representing WAGGGS in the Advisory Council on Youth, works to ensure the gender mainstreaming of all activities of the CoE Youth Department and to ensure the gender perspective in the development of new policies. She has worked as programme manager and free lance trainer specialized in advocacy, diversity mainstreaming, gender equality and youth policies. She has worked as consultant in a number of institutional and non-governmental agency, private sector companies and youth organizations. She has a master degree in law with a thesis on "The possible accession of the EU to the Istanbul Convention". 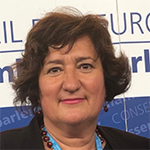 Zita Gurmai is a Hungarian politician and Member of the European Parliament (MEP) for the Hungarian Socialist Party, part of the Party of European Socialists. Since 2015, Gurmai has been serving as Special Adviser on Gender Policy in Development Cooperation to European Commissioner for International Cooperation and Development Neven Mimica. 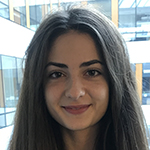 Secretariat of The Istanbul Convention Monitoring Mechanism, Council of Europe

Maria-Elena Kisyova graduated with an LLB from Queen Mary University London in 2017 and subsequently undertook an internship at the Secretariat of the Convention on the Elimination of All Forms of Discrimination against Women at the Office of the High Commissioner for Human Rights. She continues to actively advocate for the advancement of women’s rights through her work at the Secretariat of the Istanbul Convention at the Council of Europe.