LAB 2 - No pressure! Can political parties make parity a priority?

Sponsored by the OSCE Office for Democratic Institutions and Human Rights (ODIHR), tbc

What are the processes through which candidates are placed high up on party lists for election, especially in those constituencies where candidates from specific parties have good chances of being elected? Can third parties take over the audit for political parties respect of gender equality principles? Are the “old-boys-networks” of political parties so strong that new social movements should take their place? What can the public do to increase pressure on parties to bring more women into leadership positions and to defend policies that are representative of the diversity of women’s interests? 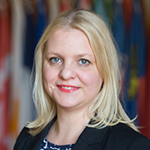 Ms. Tiina Kukkamaa-Bah (Finland) is the Chief of Democratic Governance and Gender Unit of the OSCE Office for Democratic Institutions and Human Rights (ODIHR) based in Warsaw, Poland. Before joining ODIHR in 2016, she worked as the Executive Director of Political Parties of Finland for Democracy, Demo Finland, a collaborative organization of Finnish political parties in the field of democracy support. She has worked with governments, parliaments, political parties, and civil society for the past 15 years, focusing on supporting democratic and inclusive governance, political participation of women and youth as well as civil society development across Asia and Africa alongside the OSCE region. Ms Kukkamaa-Bah has a Master's degree in Sociology from the University of Helsinki. 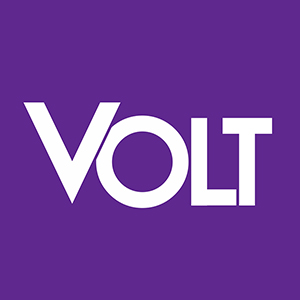 Volt is a pan-European, progressive movement that stands for a new and inclusive way of doing politics. Through its “Bridging the Gender Gap by 2025!” initiative, the movement puts forward innovative and bold policies to implement once in elected positions, and adopted internal rules and guidelines to ensure gender balance and equality within. Being present in more than 30 European countries, having founded 8 political parties and planning to contest elections across the continent, Volt is in a unique position to tackle gender discrimination in all spheres of society across the continent. 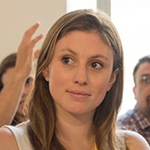 Colombe Cahen-Salvador is the co-founder and the Policy Lead at Volt Europa, where she is responsible for the creation of policies and the political direction. She previously worked for Robert F. Kennedy Human Rights, as a legal fellow in the International Strategic Litigation Unit. She was thereafter awarded the inaugural Duke Law School’s International Law and Human Rights Fellowship, during which she worked at the OHCHR and at the Norwegian Refugee Council. She holds law degree at Warwick Law School and a Master of Laws at Duke Law School. Colombe is a French national and currently works for Volt in Brussels. 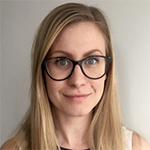 Zuzana is a facilitator of one of the policy teams at Volt that focuses on issues around social inequality. She also participates in an internal taskforce that aims to increase female participation within the movement. Zuzana currently lives in London where she works in responsible investment and corporate governance compliance. She previously worked for a human rights NGO and supported the Slovakian Mission to the UN with overall management of social, humanitarian and cultural committee. Zuzana holds a degree in Social Policy from University of Leeds and Masters in Human Rights from UCL. 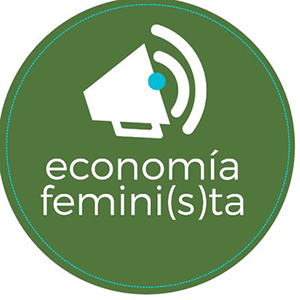 Economía Femini(s)ta is an NGO from Argentina whose mission is to bring awareness of the multiple forms of gender inequalities through the creation and dissemination of data, statistics, conceptual content, with a format -data visualizations, didactic videos, articles, etc.- that is oriented to the broadest possible audience. In 2017, it launched an online survey asking each Congress candidate about their position on 5 different topics of the gender agenda: political participation, LGBTTTIQ rights, feminist economics, gender-based violence, and reproductive rights. . The ‘FeminIndex’ is the result of this process. It aims to inspire and inform citizens, politicians and media in Argentina on gender issues. 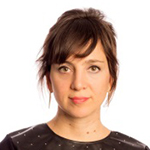 Mercedes D’Alessandro, PhD (University of Buenos Aires, UBA) is an economist from Argentina, currently based in New York. She taught at UBA for more than 15 years, was director of the Political Economics program at the National University of General Sarmiento (Buenos Aires), and made numerous contributions to the popularization of economics. In 2015, she founded Economía Femini(s)ta (Feminist Economics), first a website and later a NGO that spreads economic information with a gender perspective using plain language. This work made her a key figure in the positioning of feminist economics at the forefront of the public agenda in Argentina. 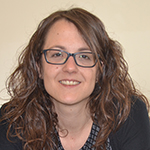 Tània Verge is Associate Professor of Gender and Politics at the Department of Political and Social Sciences, Universitat Pompeu Fabra (Barcelona). Since 2014 she is the director of the Gender Equality Unit of this university. She has published extensively in the fields of political representation and political parties, with focus on the gendered informal institutions underpinning party politics and parliaments and on resistance to the adoption and implementation of gender equality policy. She is currently advising the Parliament of Catalonia in the elaboration of its gender action plan. She is the co-convenor of the Gender-Focused Parliamentary Institutions Research Network (GenParlNet). 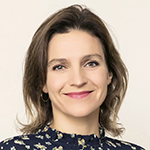 Rósa Björk Brynjólfsdóttir is an Icelandic politician who is a member of the Althing (Iceland's parliament) for the Southwest Constituency since 2016 and she has also worked as a media representative of the Ministry of Finance from 2010 to 2014. 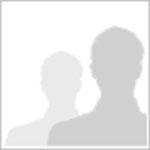 Secretariat of the Framework Convention for the Protection of National Minorities, Council of Europe