The lab will explore the effectiveness of (e-) participatory tools and their impact on including women in decision-making, within the existing constitutional framework of representative democracy. It will also look into the quality criteria for participatory democracy to succeed in representing diverse women’s voices in the long term.

Until recently, democratic participation in the municipality of Messina was driven by isolated events without a systematic or longer-term vision. Political decision making was not supported by any means of the voices and experiences of local people needed. The “Agora di Messina” initiative develops a programme of interconnected activities which seed participation at the heart of communities across Messina, working towards establishing a protocol for participation that supports independently-managed local democratic infrastructure. A key goal is to support the development of inclusive approaches involving women, young people and individuals at risk of exclusion. Francesca joined Demsoc in 2017 to develop the network and support for democratic innovation in Italy. She’s a political science graduate with a strong interest in citizen engagement, the exceptional challenge of this century: she believes engagement would be the best answer to the lack of legitimisation and credibility that affects politics nowadays. Her ambition is to make democracy work for Italy. She is now focusing on gender equality and mainstreaming gender perspectives in participatory democracy. Kelly joined The Democratic Society in March 2015 and is currently based in the Brussels office, having previously worked with teams in Edinburgh and Brighton. She is currently leading projects to develop participatory and deliberative democracy across Europe, which includes exploring models for networked European democracy; supporting the Incubator for Participatory Democracy; establishing a new network around Open Government in the EU; and researching citizen engagement in research and innovation.

People from more than 150 different nationalities live in Ghent. Bringing citizens together to co-create the city and its policy is since long a priority. From the mid-1990s on, women with Turkish and Moroccan roots organised ‘tea-afternoons’, moments to openly discuss topics like identity, participation and women empowerment. By now, this group has extended. More than 50 women and women’s organisations form together Bar Univers'elle. They informally meet in Bar Mitte, in Ghent’s Museum on industry, labour and textiles and discuss topics like sexual diversity and gender identity (e.g. project beyond He/She) and organise activities such as a privilege walk. The aim of Bar Univers'elle is to bring women, half of Ghent’s citizens, together to empower to voice of women in the city. Graduated as Social Pedagogue, Anja started her career as streetcornerworker with male prostitutes in Ghent. After this five-years-lasting exciting challenge, she became lector of didactical management and later Programme Coordinator at the Teachers Training Academy in Alost. In 2007, she returned to Ghent, directing the Integration Service of the City. She further specialised in Diversity Management and European Studies, whereby she is now responsible for European Policy on Social Inclusion and Welfare within the city. Through her accumulated work experience, I'm always focused on supporting the most vulnerable groups in society. Removing barriers to make policy and social participation of ALL possible is at the top of her to do list, which is demonstrated in some published articles. 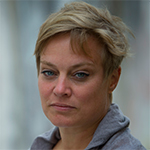 Nina Björby is the Vice President for Democracy in the AER (Assembly of European regions) and Chairman of the Culture Committee in Region Västerbotten, Sweden. Her political carrier is divided to culture and democracy issues, such as giving the culture the resources to grow and be an active part of the development of society. In her mission for the AER she is devoted to strengthen the regional level in global forums to show how the regional actors can provide sustainable solutions for increased democracy and inclusion all around the world. Member of the Congress of Local and Regional Authorities

Stewart Dickson is a member of the delegation of United Kingdom to the Congress of Local and Regional Authorities. Stewart Dickson is an Alliance Party Member of the Northern Ireland Assembly for East Antrim. He entered the Assembly in May 2011 and was re-elected in March 2017. He is Chief Whip of the Alliance Party Assembly Group and a member of the party's Executive Committee. Stewart is a member of the Assembly All Party Groups on Diabetes and Social Enterprise, on which he is both chair. He also sits on the Assembly Commission, which ensure that the Assembly staff and property is used to the best of its ability. Stewart was born and raised in East Antrim and believes in providing the people of this great constituency with the standard of leadership and representation they deserve. 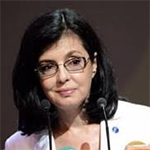 Ambassador, Permanent Representative of the EU Delegation to the Council of Europe 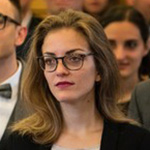