Talk introduced several experiences with Citizens Assemblies at a national level and considered more generally what their main advantages are in the decision-making process and why they can play a crucial role with facing both the climate crisis and the crisis of trust in democratic institutions.

The moderated discussion took place online on 19 January from 2.30 to 4.00 p.m. (CET) and had an empirical input with the speakers that participated in the citizen’s assemblies in France, UK and Ireland and an analytical input from speakers working on deliberative democracy from an academic perspective. 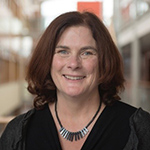 Dr Jane Suiter is director of the FuJo research institute at Dublin City University, with a focus on the public sphere and in particular on scaling up deliberation and tackling disinformation.

She was the joint winner of the Brown Democracy Medal in 2019 and the President's Award for Research and the Irish Research Council’s Researcher of the Year 2020. 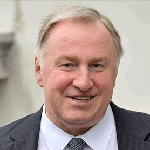 After working as an assistant at the law faculty at UCL (1976-1981) and as a consultant at SRIW (1981-1990), Karl-Heinz Lambertz, a qualified lawyer, was minister from 1990 and Minister-President of the German-speaking Community of Belgium from 1999 to 2014. Between September 2014 and September 2016, he already held the function of President of the Parliament for a first time. Since June 2019, he has been in the office of Parliament president again. In the meantime, he represented the German-speaking community in the Belgian Senate.

On the European level, Karl-Heinz Lambertz is member of the Committee of the Regions (CoR) since 2001 and held the positon of its First Vice-President from February 2015 to July 2017. On July, 12th 2017, he was elected President of the CoR for two and a half years. Currently, he is member of the bureau of this European institution. He is also member of the Congress of Local and Regional Authorities of the Council of Europe since 2000 and its Vice-President since October 2016. From 2010 to 2017, he was President of the Association of European Border Regions (AEBR). Since November 2020, he is back in this position again. 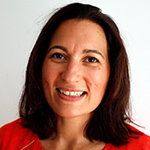 Claire Mellier is a facilitator and researcher. She was part of the facilitation team at Climate Assembly UK and one of the accredited researchers who observed France’s Convention Citoyenne pour le Climat. She is currently working with the Centre for Climate Change and Social Transformation (CAST) at Cardiff University on a comparative analysis of the two climate citizens’ assemblies.

Claire’s core interest is to enable people to play an influential part in decisions that affect their lives.

Over the last few years, she has facilitated several deliberative processes on climate change and other topics, both at the local and national level. Most recently she’s been involved in the Scottish Climate Assembly, Kendal Climate Citizens’ jury and North of Tyne Climate Assembly.

In 2020, in collaboration with other partners, she launched the Global Assembly for COP26.

She is the author of a recent Carnegie Europe article entitled “Getting Climate Citizens’ Assemblies Right”. 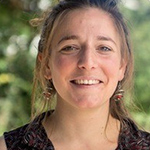 Mathilde Imer is co-president of Democratie Ouverte and co-founder of the movement Gilets Citoyens (Composed of “yellow vests”, environmental activists and professionals from democratic innovation) that is at the origin of the Convention Citoyenne pour le Climat. She is currently member of the government board of the Convention. Previously, she co-founded several youth movements for climate, and she worked at the Foreign Affairs Ministry during the COP21 in the cabinet of the ambassador- Laurance Tubiana- charged of negotiations. She is profoundly persuaded that ecological transition will not take place without changing our democracy before.